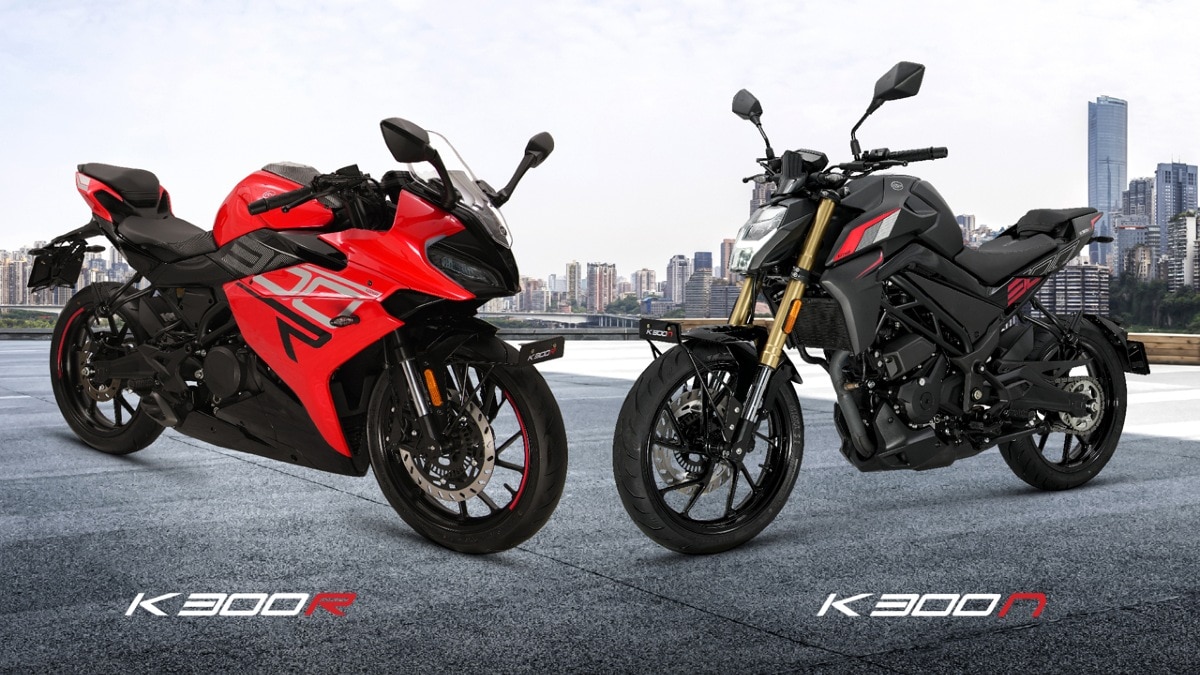 Keeway has launched two new motorcycles K300 N and K300 R in India. While the K300 that comes with the N branding is a naked bike, a motorcycle with the R branding is a sportbike equipped with a fairing. Both the bikes come with a 292.4cc liquid-cooled, single-cylinder engine that is capable of producing 27.5bhp of maximum power and 25Nm of peak torque. Their starting price in India is Rs 2.65 lakh, with which both of them will compete with motorcycles like BMW G310 RR, Honda CB300R, KTM Duke range, Suzuki Gixxer 250 lineup in the country.

According to Keeway, the K300 N is priced at Rs 2.65 lakh-2.85 lakh in India, while the company has launched the K300 R at Rs 2.99 lakh-3.20 lakh. Both the motorcycles come in White, Red and Black color options. However, the K300 N gets a matte finish and the K300 R gets a glossy finish. Both the bikes of the company official website Can be booked online from Rs.10,000 onwards.

Talking about the specifications, both the K300 N and K300 R bikes are built on the same platform and both have the same base. Both the bikes are powered by a 292.4cc liquid-cooled, single-cylinder engine that generates 27.5 bhp at 8,750rpm and 25 Nm of torque at 7,000rpm. Both the bikes are mated to a 6-speed gearbox, which is mated to a slipper clutch.