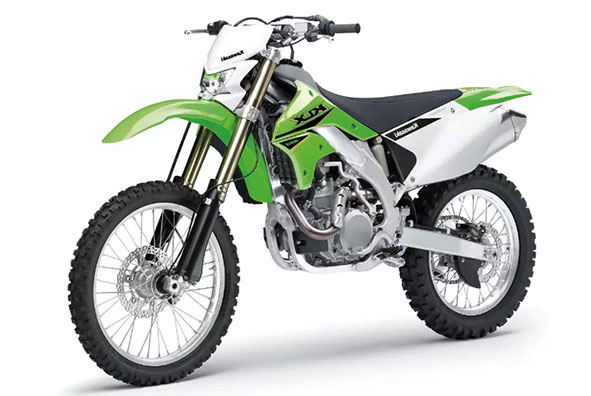 Kawasaki India has launched a new 2022 KLX450R dirt bike in our market. The ex-showroom price of this off-roader motorcycle is Rs. 8.99 lakh and with this price, the bike has become Rs. 50,000 more expensive than the old model. This new bike will start getting to the customers from the first month of 2022. The new KLX450R is being sold completely imported in India. It is a powerful and very capable motorcycle that you will not hesitate to take on any road and it has been designed for this purpose too.

Compared to the old model, Kawasaki India has given a new lime green color to the new dirt bike KLX450R and along with it new decals have also been found here. The company claims that some changes have been made in the engine of this bike, due to which the engine has started giving strong torque even at low rpm. Among other changes, the new model has come with better suspension than before. With the new KLX450R, Kawasaki has given a 449 cc single-cylinder, liquid-cooled engine which is mated to a 5-speed gearbox as before. This engine of the bike has been placed in the middle of its lightweight frame, which makes it the perfect dirt bike.

The Kawasaki KLX450R gets long travel upside down forks at the front and monoshock suspension at the rear. Talking about braking, petal disc brakes have been given in both the wheels. The bike gets the usual aluminum handlebar and a small size digital console. Meanwhile, Kawasaki has announced that by the end of 2022, the company will bring three new electric and hybrid bikes in the market. This statement comes after Kawasaki made a statement in October, then the company had said that by 2035, most Kawasaki bikes will be sold in electric or hybrid avatar.