Karthik Aryan’s first car was a third hand model, now he is the owner of a sports car worth crores 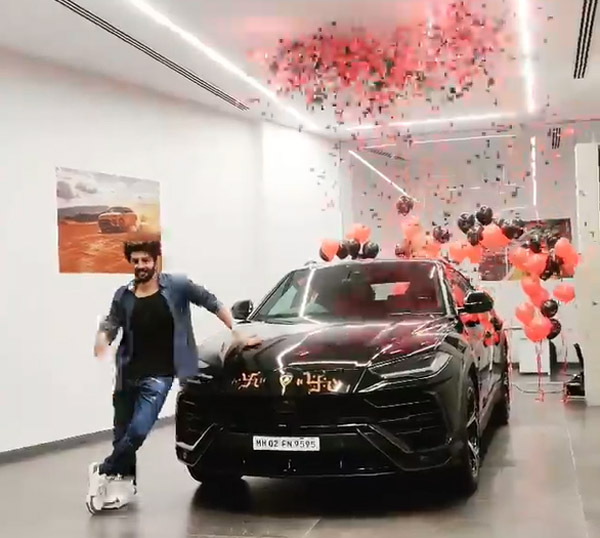 He said during his interview that “I didn’t have a car when I entered the industry. I bought my first car after acting in the film ‘Pyaar Ka Punchnama’, ‘Aakash Vani’ and after my fourth or fifth film. I bought one. Bought a third-hand car which was around Rs.60,000 to Rs.65,000. I bought it with great difficulty.”

He said that before buying a car, he used to go to red carpet functions by taking public transport or borrowing someone’s bike. During the interview he said that “I think the door in that car won’t open. It’s not about the struggle, I’m sharing it because it’s funny.”

Karthik Aryan further said that “I did not have a driver, I used to drive myself. I took the car especially because when I used to go to red carpet events, I used to go by auto or take a lift from someone or on a bike with someone used to go.”

Describing his first car, he said that the driver’s side door in that car did not open, so whenever I had to call the valet, I used to leave through the passenger site door. I didn’t know what set-up that was, I just couldn’t open it. There used to be rain leaks on the driver’s seat too, but I got used to it.”

In April last year, Kartik Aaryan bought a black Lamborghini Urus and shared a video of it on Instagram. He wrote that “Bought it…but I might not be made for expensive things.” Following the success of the film Bhool Bhulaiyaa 2, the actor was gifted India’s first McLaren GT luxury sports car from T-Series chairman and producer Bhushan Kumar.

He also shared pictures with her and wrote, “Received a new table gift for Chinese food. Had heard that hard work is sweet.. Didn’t know it would be so big. India’s first McLaren GT. Next gift private jet sir. “

Kartik made his debut with ‘Pyaar Ka Punchnama’ in 2011 and starred in the sequel of the film in the year 2015. He has worked in hit movies like Sonu Ke Titu Ki Sweety, Luka Chuppi, Pati Patni Aur Woh and Love Aaj Kal 2. He will now be seen in ‘Shehzada’, the Hindi remake of Allu Arjun’s ‘Ala Vaikunthapuramulu’.