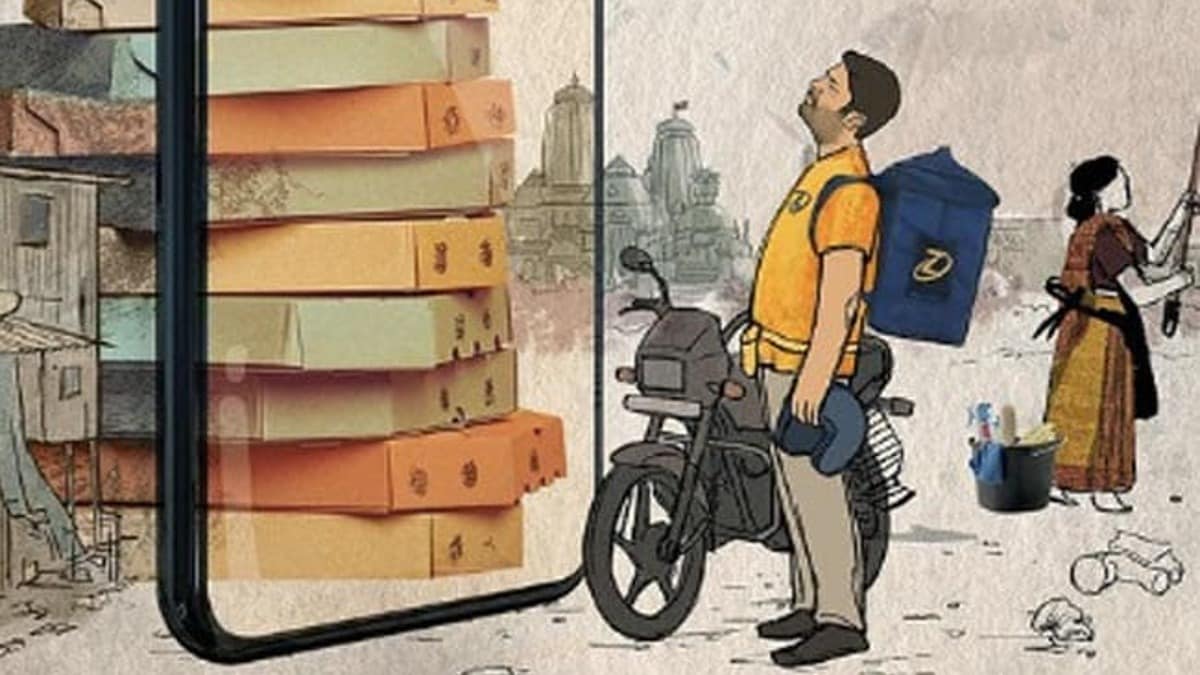 This movie directed by Nandita Das has been released recently. This Film The main character of the film is Kapil Sharma who used to work as a floor manager in a factory and lost his job during the pandemic. He then starts working as a food delivery rider. In this, they have to fight for ratings and rewards. His wife stays at home and she also looks for job opportunities to increase the income of the family. However, along with this, he is also afraid of this new beginning. This movie is about many difficulties of life. However, along with it also come moments of happiness. In this, the struggles related to the life of the common people and the struggle to deal with them are visible.

The trailer of Zwigato begins with Kapil arriving at a high-end apartment with several boxes of pizza. They first come across a notice that says delivery agents are not allowed to use the lift. Shahana Goswami is in the role of Kapil’s wife. Both of them also face difficulties in spending some relaxing moments with each other. Kapil has movie Sharing the trailer on Instagram, it is written, “After successful world premiere, Zwigato will be presented at the Busan Film Festival.”

People are liking this movie. Nandita Das and her team are being praised on the internet for showing the struggles of real people through the film. Kapil Sharma as a delivery agent is also good in it. Although, earlier Kapil had worked as a hero in a comedy film but he could not succeed. Apart from Kapil’s comedy, Zwigato is a good attempt to show his talent in a different role.