Just in time for the New Year: it has become more convenient in Yandex to choose and watch films and TV series 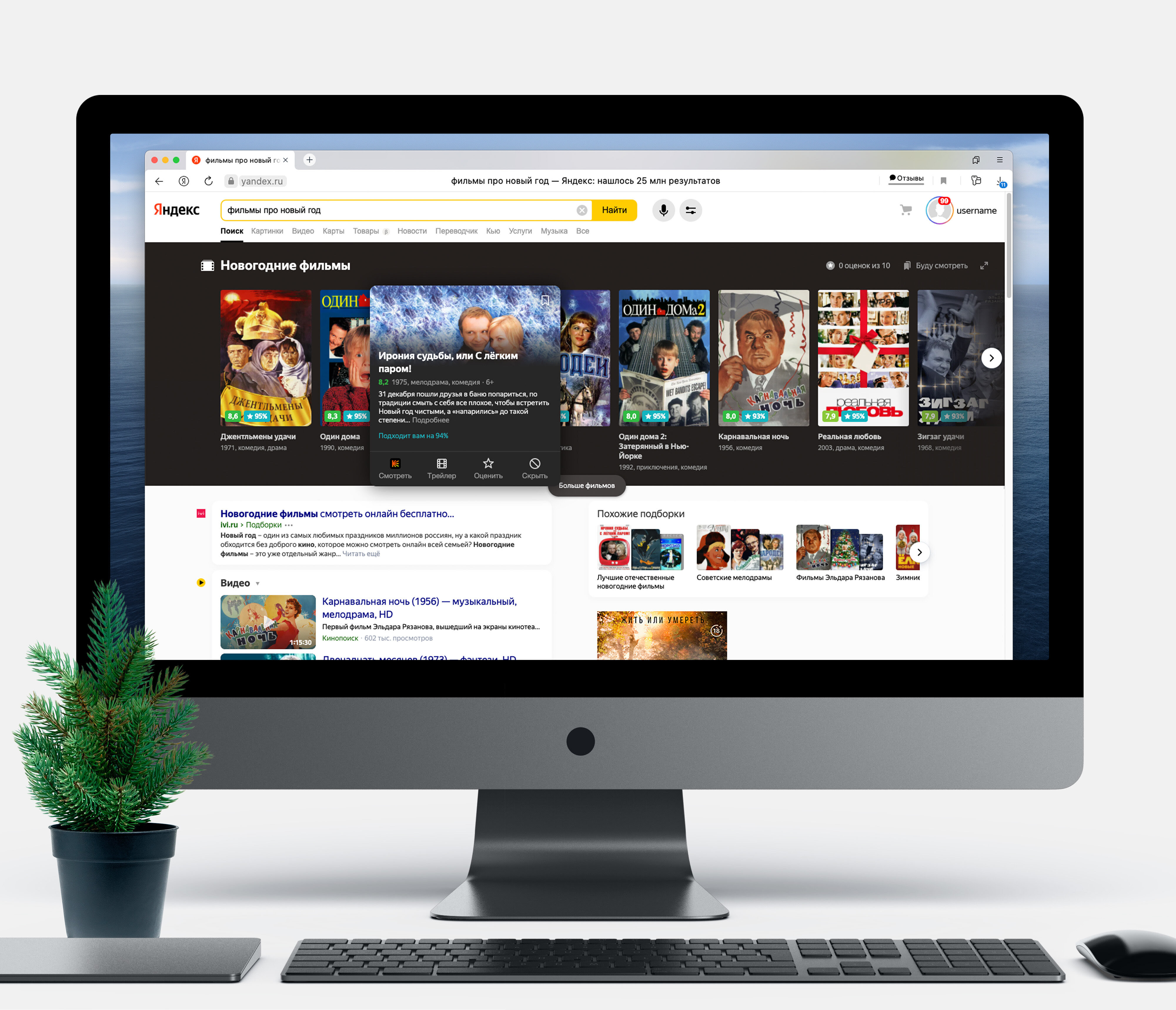 The Yandex team announced good news for the New Year – on the eve of the holidays, a major update of corporate video search was carried out.

According to Yandex statistics, the number of users who make requests for movies doubles during the New Year holidays. As the developers note, it has become more convenient to select and watch films and TV series in Yandex search.

The most noticeable external change – in the design of the gallery, which opens when you enter the query “what to see”, “Christmas comedies” or, for example, “2021 series”.

A short description of the plot, as well as information in which online cinemas the film can be watched, appeared in the movie card, along with the cover, trailer and ratings. Ivi, Okko, More.tv, Kinopoisk, Netflix, Apple TV, Start, Megogo, Premier and Kion are connected to video search. From the search, you can go to the cinema website and start watching right away.

In addition, the user can specify the subscriptions to which streaming services he has, and then, first of all, Yandex will offer content from these sites. Users who do not have subscriptions can purchase them or select films and series from those available for viewing with advertisements from cinemas.

Films that do not interest the user can be hidden from the selection gallery, and films that you want to see can be saved to the “I will watch” selection. The system of viewers’ ratings in video search has also changed: now it is ten-point, and the ratings set in the search are simultaneously taken into account in the rating on Kinopoisk.