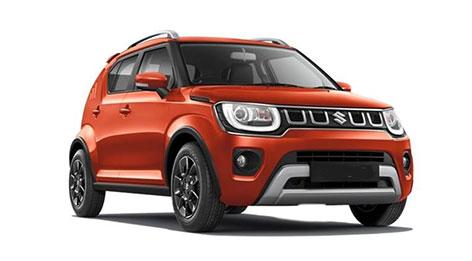 New Delhi.
Maruti Suzuki Ready to launch many of its new vehicles in the Indian market. However, all these vehicles will be facelifted versions of the existing cars. Customers can see many changes in these updated models. These may include new design and updated features. Today we are going to tell you about all the vehicles of Maruti Suzuki, whose updated model the company can launch in India soon. There are many such cars in these, which can be launched before Holi. So let’s put a (Maruti Suzuki upcoming cars) vision…

The company can launch it at the end of the month. The pre-bookings have officially started, where one can book through official NEXA dealerships or online by paying a token amount of Rs 11,000. Heads up display or HUD can be given in this. The company has recently released its teaser. According to reports, it has been built on the updated Heartek platform. The company can improve its steel quality, where a thicker steel grade can be given in the outer panels and chassis. Talking about safety, it can get safety features like ESP (Electronic Stability Program) with 6 airbags. No mechanical changes will be seen in its engine. That is, it will come with the existing 1.2-litre VVT ​​naturally aspirated and 1.2-litre DualJet engine.

Customers can get a new interior in the new Maruti Suzuki Baleno, which will come with a large touchscreen infotainment system. It can be given wireless charging system with connectivity of Android Auto and Apple CarPlay, connected car technology, automatic air conditioning, projector headlamps with LED DRLs, and new L-shaped taillights.

It has been seen on many occasions during testing. The company can launch it in India next month after the new Baleno. Mild changes have been made in its look, where a new grille has been given in it. However, the bumpers, headlamp cluster, alloy wheels and tail lights remain the same. You will also get to see minor changes in its interior, where new upholstery will be seen. There will be no spot change in this too.

It is believed that Maruti can soon launch the second-generation model of its Briza in India. The company can make major changes in its design and engine. It can be given an updated infotainment system and instrument cluster with wireless smartphone charging, factory fitted sunroof and 360-degree camera. In this, instead of 12V mild hybrid technology, a powerful 48V hybrid system can be given.