JioBook Price: Jio’s laptop in the price of smartphone, listed on this website for Rs 19,500 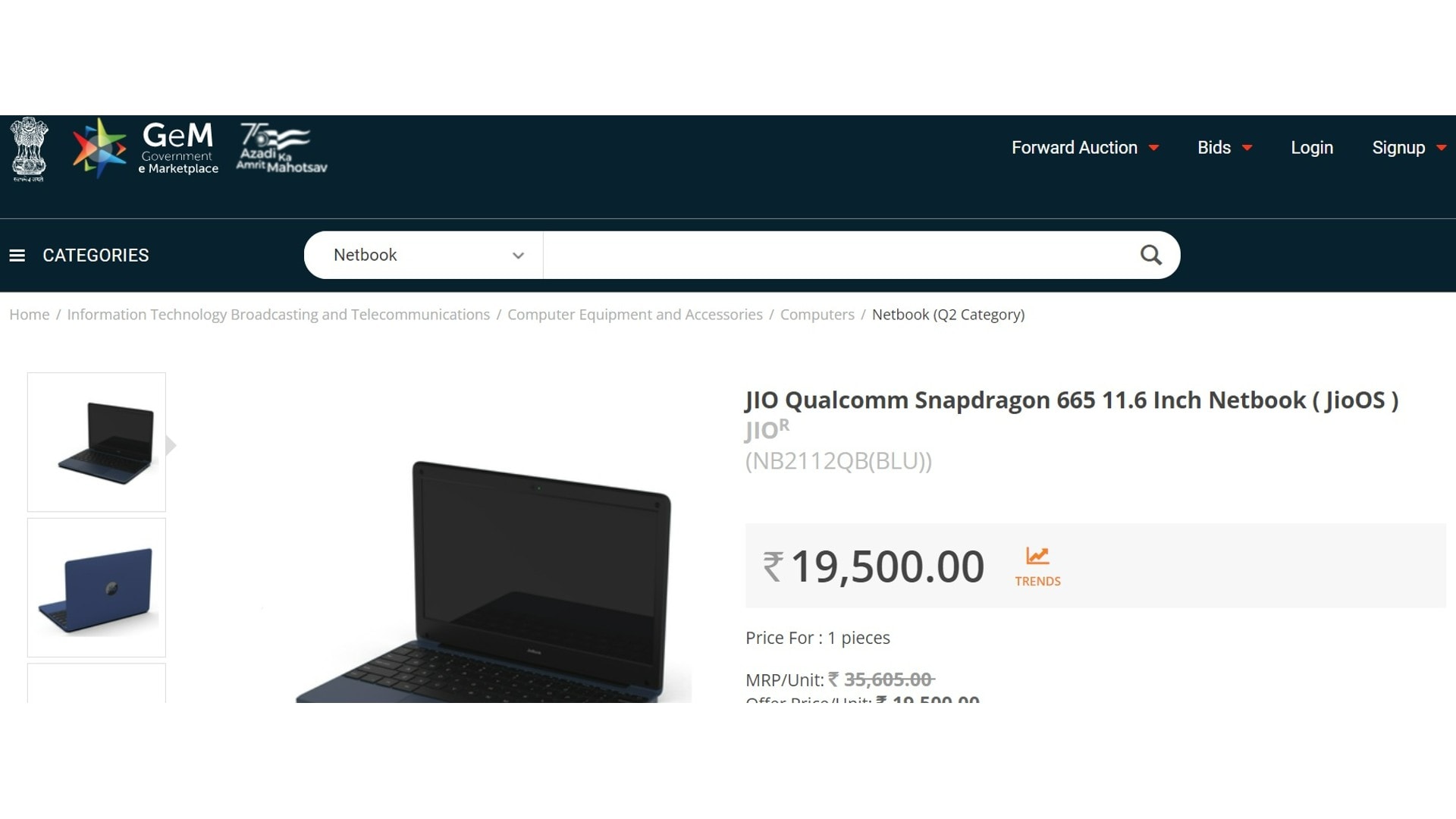 The wait for JioBook, a cheap laptop from Reliance Jio, is over. On Monday, it was shown at the India Mobile Congress 2022. Now it has also been listed on a website for sale. Jio laptop is being sold through a government website. Its price has been listed at Rs 19500. gadgets 360 hindi told you yesterday that JioBook laptop will be embedded with 4G SIM card. From this month it will be made available to the customers like schools and government institutions. In the next three months, it will be available to the general consumers.

JioBook Laptop at mkp.gem.gov.in List has been done. According to the information, this laptop has now been brought for sale in people associated with government departments and educational institutions. It has been listed for Rs.19500. There also 10 pieces of it are available for sale. There is no information about the sale of this laptop on Jio’s website yet.

The specifications of the JioBook laptop have already been revealed. It will run on JioOS operating system. There will also be some Microsoft apps available in it. It will be equipped with Qualcomm’s processor based on Arm Limited’s technology. Because this laptop will run on the JioOS operating system, users will not be able to get the experience of Windows. However, in terms of usecase, it can meet the essential needs of the people. For example, work related to web browsing, e-mail etc. can be completed easily.

The biggest challenge before JioBook is to build its user base as Windows laptops dominate the market and users are friendly with them. We have seen that Google Chromebooks have also tried to create their own market, but they have not been successful on a large scale. The biggest strength of the JioBook may be its price. Offering laptops for 15 thousand rupees can attract people towards it. This can be a great gift for the students.

India’s laptop market can expand by 15 percent after the launch of JioBook. of Reuters Report As per reports, the JioBook will be manufactured locally and the company is aiming to sell millions of units by March.