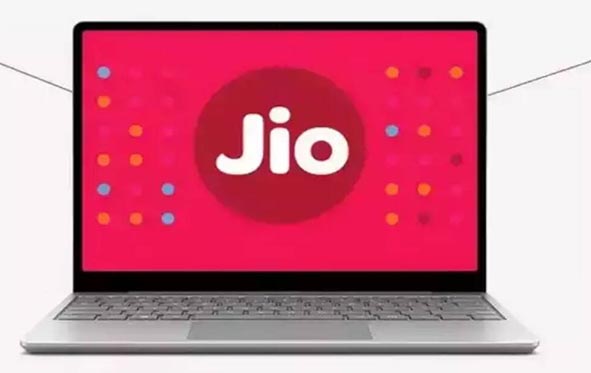 Reliance Jio is going to bring laptops after JioPhone Next. The company’s first laptop JioBook has got hardware approval. Whose online details have been leaked. Like other things from Jio, this too is likely to be priced affordable. This laptop can compete with Xiaomi, Dell, Lenovo and other laptops in this segment.

According to the listing, Jio’s laptop will be powered by Windows 10 OS and will run on an ARM based processor. Product ID 400830078 has been given in it. However, the details of the phone have not been disclosed at this time. The listing shows the company name as Emdoor Digital Technology Co LTD i.e. Jio can buy product from seller and sell with own branding. Jio laptop that may debut as JioBook has received BIS certification and had appeared on the Geekbench benchmarking application.

As per the report, it was listed with Android OS 11, which could be a different version of the laptop. It managed to score 1,178 in the single-core test and 4,246 in the multi-core test. It is said to be powered by MediaTek MT8788 chipset paired with 2GB of RAM. Rest of the specifications may come soon. While Jio hasn’t revealed anything about the launch date yet, we can expect the laptop to reveal about it in the next few months.

Working on these things too , a report from November last year suggested that Reliance may be developing a new Jio tablet. Apart from this, there is also news of a new Jio TV in the works. Apart from this, Jio company is also preparing a 5G phone, which can be launched soon.