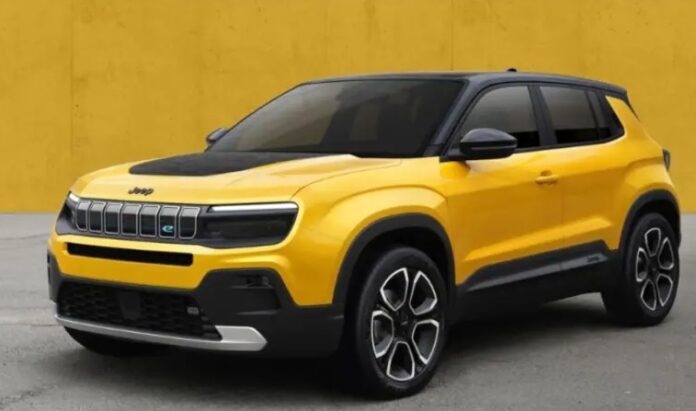 Jeep has released the official images of its first all-electric SUV. The company will take the curtain from its production model in the international market in 2023.

Looking at the image released by the company, Jeep has retained its traditional design style. The electric car gets a high body stance, faux 7-slat grille with E badging, square wheel arches and dual-tone bumpers with body cladding.

Looking at its look, it seems that it can be a compact SUV car and its size can be equal to the Compass. Its overall design looks inspired from the Compass and Renegade.

Its interior and battery specifications will be revealed in the coming few months. This new electric Jeep can be based on the Stlantis STLA small platform. If this upcoming electric car is based on this platform, then its battery capacity will be between 37kWh to 82kWh and its range can be around 500 km. 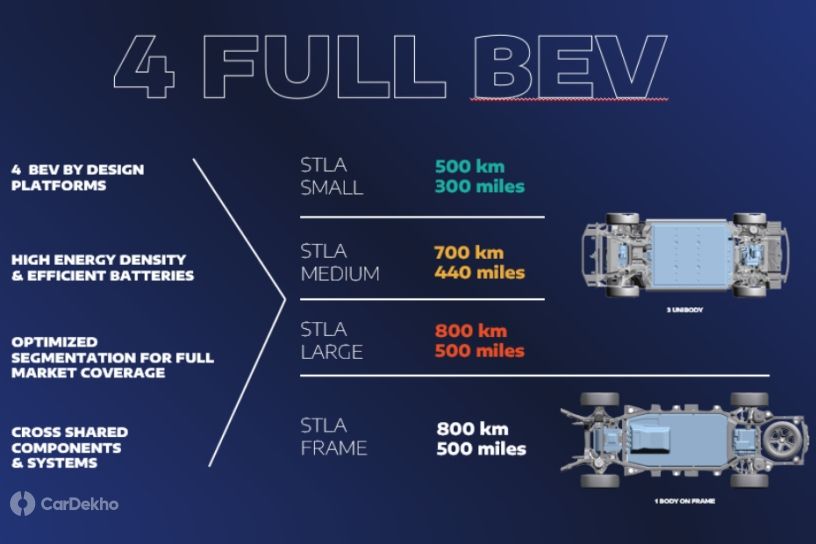 Jeep has not yet revealed its plans to launch its electric vehicle in the Indian market. The company is going to introduce the three-row SUV Meridian here by May 2022. It will get a choice of three diesel engines, with the option of manual and automatic gearboxes. It will come in all-wheel-drive. The Jeep Meridian will compete with the Toyota Fortuner , MG Gloster and Skoda Kodiaq.