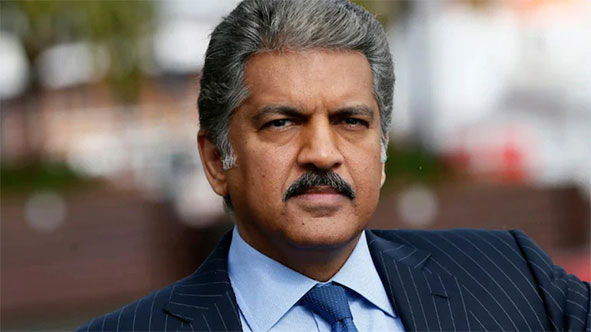 The video went viral on the Internet

You may have seen him kicking a bike many times but this video of him kicking a jeep and starting it is going viral on social media. This video is hotly debated. Anand Mahindra shared this video from his Twitter handle and wrote that this vehicle does not follow any rules. But, I will always share this tendency of people to do minimal. Mahindra has said that their interest in vehicles is really strong.

This video is getting a lot of likes from users on Twitter. The video, shared by Anand Mahindra, has been viewed by over 3 lakh people so far. Also received more than 15,000 likes. More than one and a half thousand people have retweeted this video. This video is from Maharashtra. A man is seen driving a modified jeep. The video clearly shows how this person created it by juggling. It has a bike engine. The video shows a person kicking the jeep and starting.

A few days ago, Anand Mahindra shared a video of a man doing a bike stunt on the road. While sharing this video, Anand Mahindra had also written a song line for a Hindi movie. After the video went viral, some people praised the young man for stunting on this bike, while others said it was a dangerous stunt. Anand Mahindra appreciates good videos on social media. You will notice after watching the video they shared.