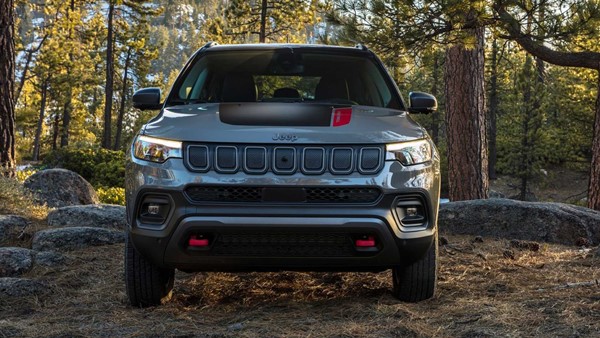 The Jeep Compass has been a great product for Jeep India, dominating sales for the company in the Indian market since its first launch. The company also introduced several limited editions of the Jeep Compass in India to keep the car fresh. The company gave it a proper mid-life upgrade last year.

Earlier this year, Jeep also introduced the Night Eagle Edition of the Compass facelift in India, which was essentially an all-black themed trim of the existing Jeep Compass for sale in India and sported a glossy black finish on both the exteriors and interiors. Get treatment.

Talking about the exterior design, it gets a glossy black grille with similarly finished grille rings, 18-inch black alloy wheels, black roof rails, gloss black wing mirrors and fog lamp bezels. The new Jeep Compass 5th-Anniversary Edition is also expected to get the same treatment both inside and out.

It is believed that no changes will be made to the car mechanically. It will be offered with tried-and-tested petrol and diesel engine options. The first engine is a 2.0-litre, four-cylinder Multijet turbo diesel engine, offered with either a 6-speed manual transmission or a 9-speed automatic gearbox.

The petrol engine gets the option of a 1.4-litre MultiAir turbo petrol engine, which is offered with a 7-speed automatic transmission. Let us tell you that only last month, Jeep India revised the prices of its popular Jeep Compass and its prices were increased.