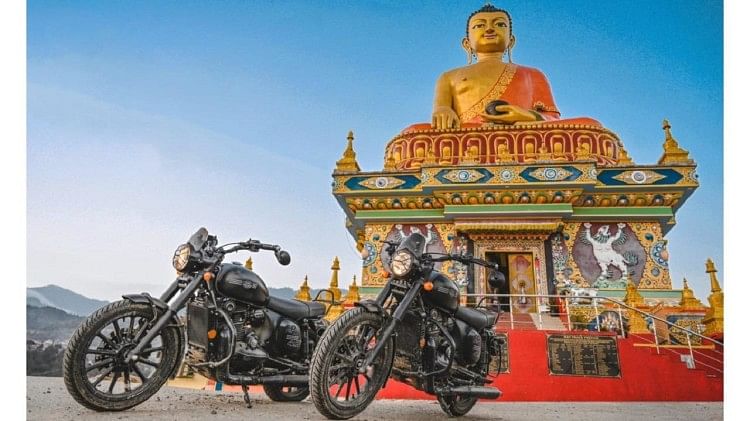 The new Jawa 42 Tawang Edition is based on the Sports Stripe Allstar Black variant. It takes inspiration from Lungta which is a mythical wind horse of the region which is a symbol of prosperity. The motorcycle gets lungta motif on the fuel tank and front fender as well as other inscriptions inspired by the north-eastern region on the body panels. Each motorcycle also receives a unique numbered bronze medallion to mark the special edition units.

Talking about the mechanical details, the Jawa 42 Tawang Edition remains the same as the standard variants. It gets a 294.72cc, single-cylinder, liquid-cooled, fuel-injected engine. This engine generates power of 27 bhp and peak torque of 26.84 Nm. A 6-speed manual gearbox has been given with this engine.

Speaking on the occasion, Ashish Singh Joshi, CEO, Jawa Yezdi Motorcycles said, “As motorcyclists, we love the breathtaking views and amazing roads of Arunachal. The rich culture and ethos enriches the riding experience and that is exactly what we are honoring with the Jawa 42 Tawang Edition. The riding rewards hidden around every corner make it a paradise for every Jawa and Yezdi rider in the country.