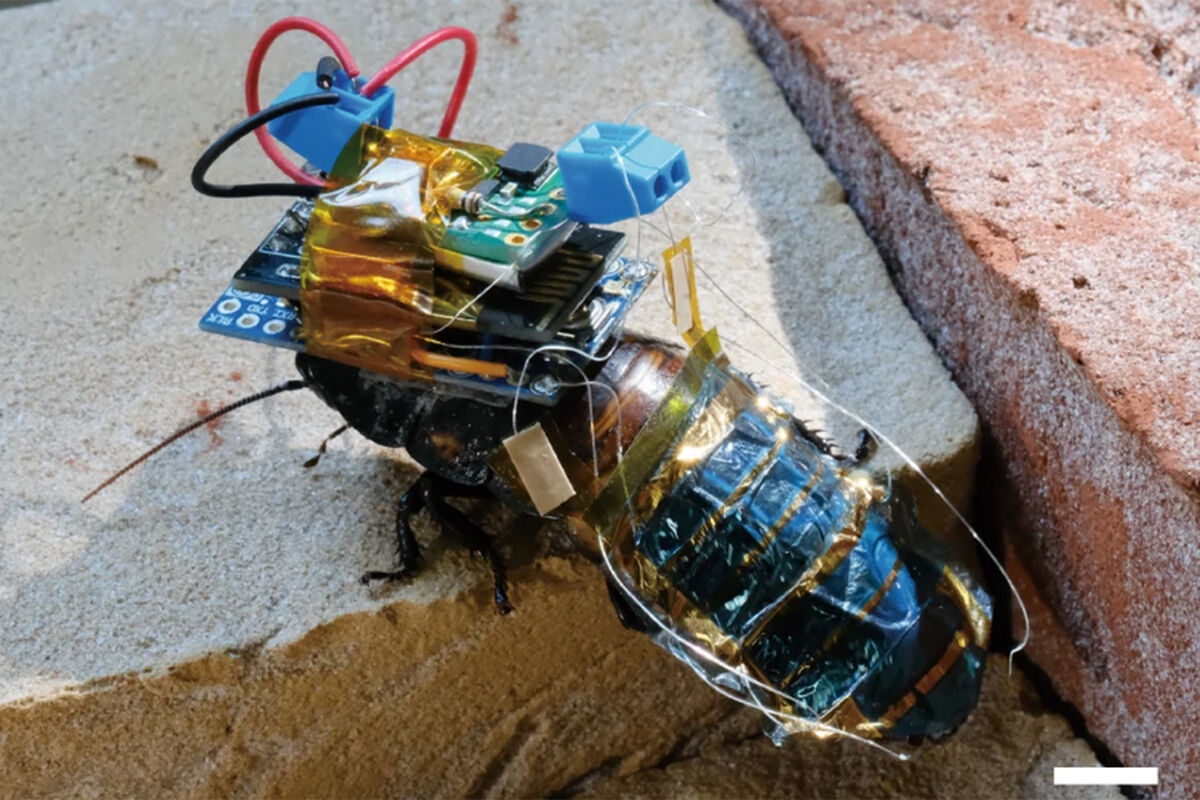 Scientists implanted remote control electrodes into a Madagascar cockroach. An article about this was published in Nature Portfolio.

Cyborgs are hybrids of an animal (or human) and a machine. This concept appeared long before it became technically possible, and was popularized thanks to fantastic works. However, now scientists are trying to create such organisms and have achieved some success.

Yujiro Kakei of the Japan Center for Advanced Science in Matter and his colleagues turned a Madagascar cockroach into a cyborg. By installing a special backpack, the scientists attached a wireless leg control module and a lithium-polymer battery to the insect’s chest. In addition, the researchers fixed an ultra-thin organic solar cell module with a thickness of 0.004 mm. Such a tiny size of the system is needed so that the cockroach can move around without problems. It was especially important to use a combination of hard and soft elements in the design, since the cockroach’s chest is deformed when moving.

During the tests, the battery was charged with a sunlight simulator, and then the system was tested for performance. As a result, in response to the scientists’ commands, the cockroach turned in the right direction during movement due to electrical stimulation of the abdominal appendages. The authors of the work suggest that such a cyborg cockroach can be useful for examining hard-to-reach areas. In the course of further work, scientists hope to create a similar system for flying insects.