It will speed up loading three times and reduce the load on the CPU from 100% to 15%. Microsoft prepares to release DirectStorage 1.1 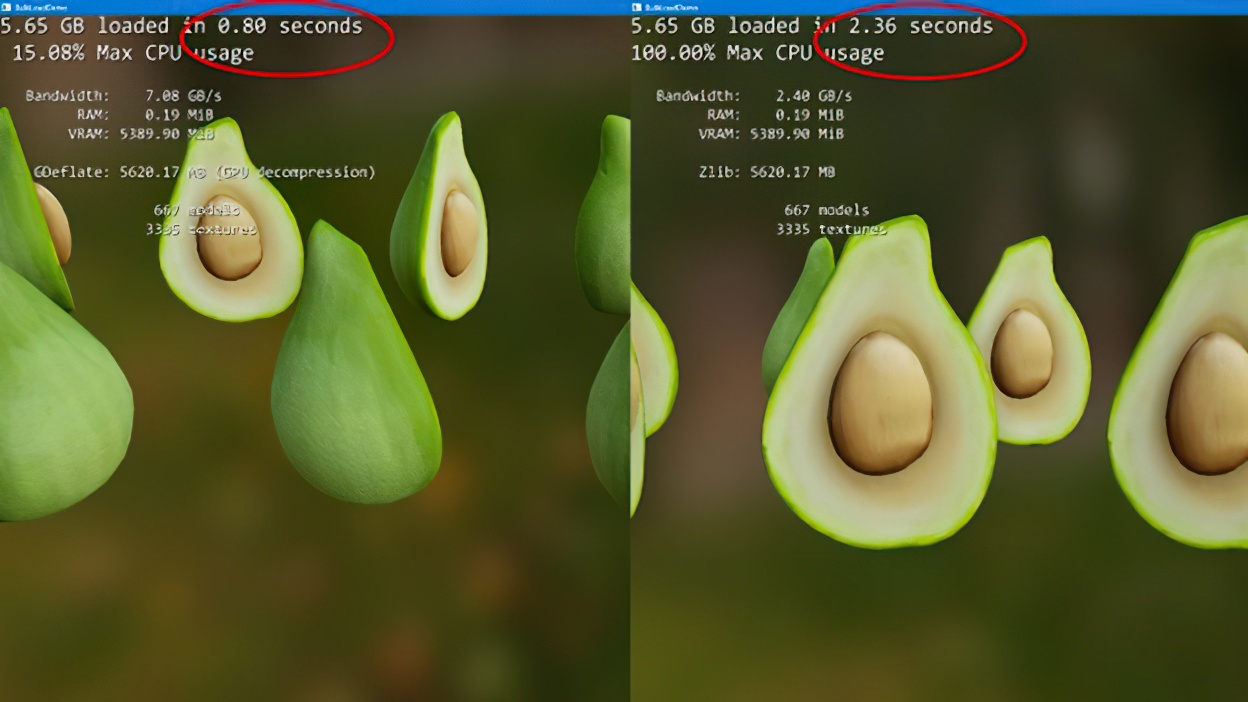 Microsoft is preparing a new version of its technology DirectStoragewhich should improve the performance of modern PCs in games.

An example provided by Microsoft itself shows that the load time is reduced several times, and the CPU usage drops from 100% to 15%!

DirectStorage 1.1 will work with all graphics cards that support Shader Model 6.0, but best results should be expected with GPUs that support DirectX12 Ultimate. The technology will work in Windows 10 and 11, but the new system has its own optimizations, so DirectStorage should work better there.

Microsoft says SKD will be available to developers soon, but it’s not clear when the technology will be in games.