It will solve the problem of dead zones. Xiaomi router announced with brand new design 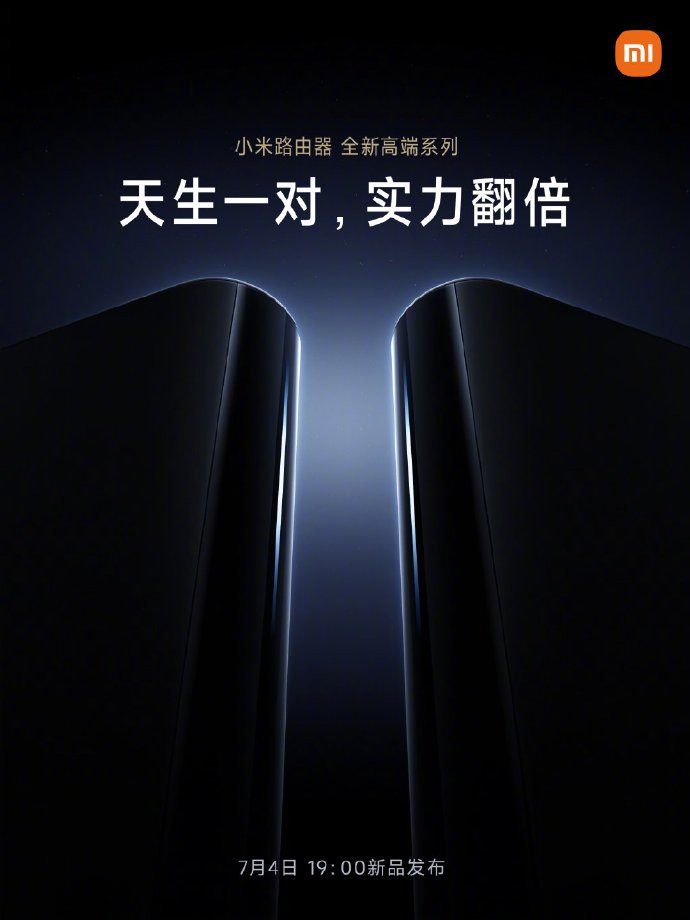 Today, Xiaomi officially announced that it will launch a new series of high-end routers at the Xiaomi 12S launch conference.

Xiaomi also said that the new routers will solve the problem of network dead zones in the home. The manufacturer confirmed that the router will receive a completely new design for the most efficient signal reception and transmission.

Before the announcement, the company will probably release a few more teasers that will reveal more details about the characteristics of the device, but for now we only have the first teaser image.

The presentation of the novelty will take place on July 4.