It will be the most powerful mobile processor in the Alder Lake lineup. 16-core Intel W12985 lit up on the Web 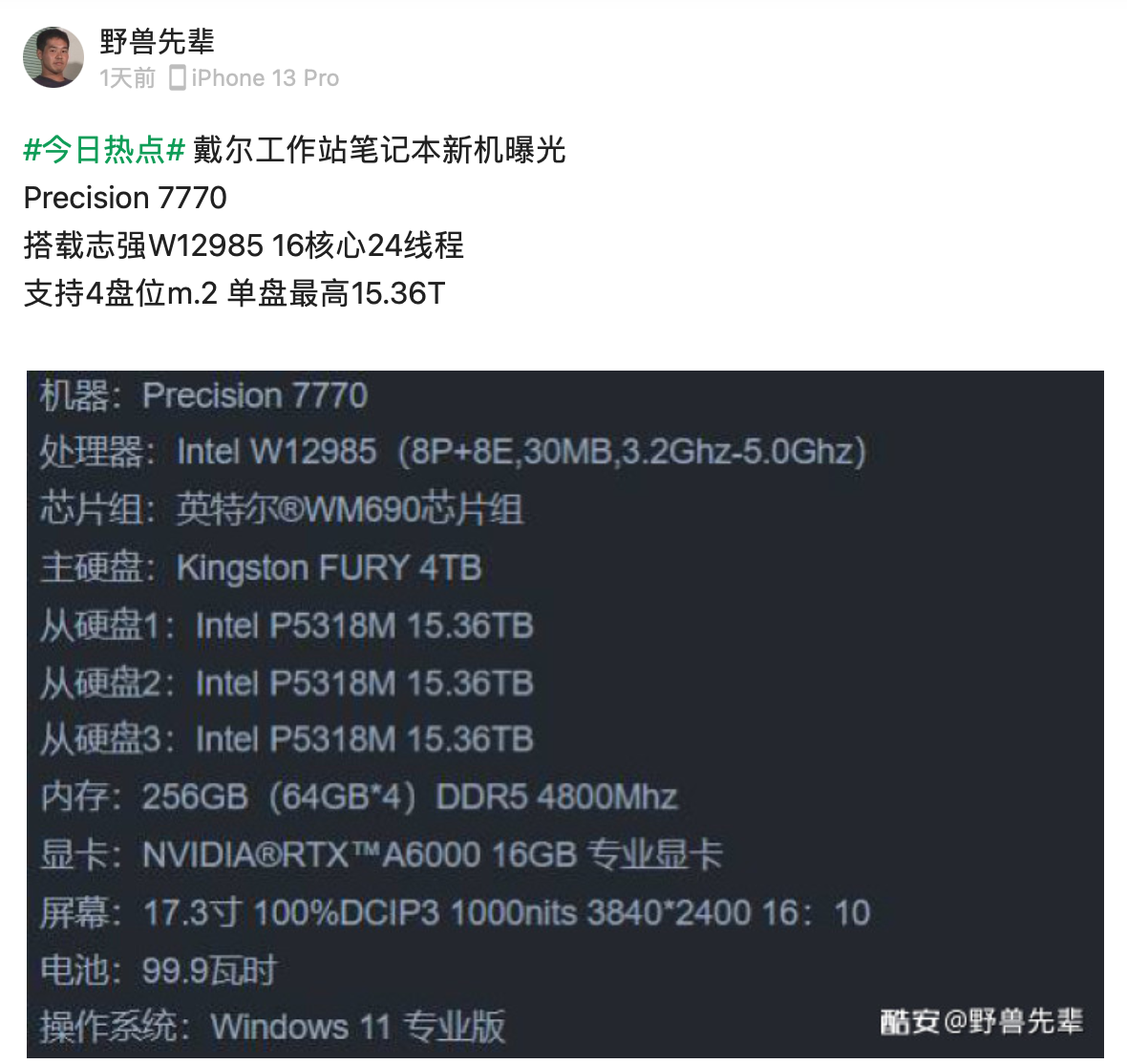 At the moment, the most powerful mobile processor from Intel’s Alder Lake line is the 14-core and 20-thread Core i9-12900HK, but soon Intel will have a more powerful CPU – the W12985 has already appeared in the configuration of the promising Dell Precision 7770 mobile workstation.

The Intel W12985 will receive eight high-performance cores and eight energy-efficient ones, as well as 30 MB of third-level cache. The maximum frequency will be 5.0 GHz. That is, in terms of its characteristics, the Intel W12985 will be as close as possible to the desktop Core i9-12900.

There are no more details about the CPU. As for the workstation, it will receive a 17.3-inch 4K screen, 256 GB of DDR5 RAM in the maximum configuration, and an Nvidia RTX A6000 discrete 3D accelerator.