It will be possible to reach Pune from Nagpur by road in 8 hours, Nitin Gadkari said this big thing 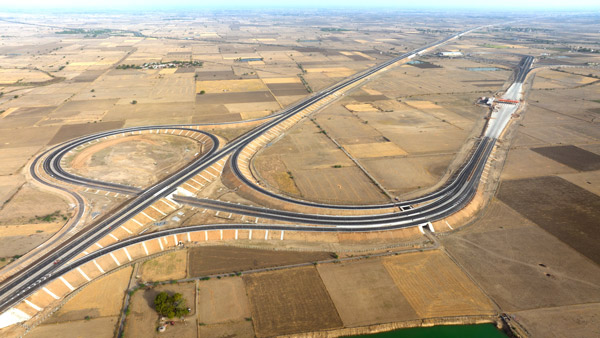 Talking about the fast-growing expressway network in the country, Nitin Gadkari talked about connecting Nagpur and Pune, which are the two big cities of Maharashtra. He said that after the arrival of this expressway, passengers will be able to complete this journey in just 8 hours. This expressway will be named as Nagpur-Chhatrapati Sambhaji (Aurangabad) Access Control Green Expressway.

At the same time, this new expressway will also reduce the travel of Nagpur and Mumbai. Due to this, the distance between Nagpur and Mumbai will be reduced to just 11 hours by road. Earlier Nitin Gadkari had talked about reducing the travel time from Mumbai to Bangalore. Union Transport Minister Nitin Gadkari has announced that the government is preparing to connect the two cities with a new green expressway, which will reduce the travel time between the two major cities to just 5 hours.

Gadkari also said that this expressway will also reduce the travel time between Pune and Bengaluru to just 3.5-4 hours. However, Nitin Gadkari did not disclose the time of commencement of this expressway. At present, the journey of 1,000 km between Bengaluru and Mumbai takes more than 17 hours.

Gadkari said that the ambitious road projects of the Government of India include construction of Green Expressways across India. The aim of which is to comprehensively improve road connectivity across the country. Under this, about 27 Green Express Highways have been planned. Apart from this, expressways connecting cities like Delhi-Srinagar in 8 hours, Delhi-Katra in 6 hours, Delhi-Mumbai in 10 hours, Chennai-Bangalore in 2 hours and Lucknow-Kanpur in half an hour are being prepared.

Nitin Gadkari has talked about connecting most of the big cities of the country with expressways and in such a situation, he is continuously announcing many new expressways. Now it has to be seen when this project will be completed.