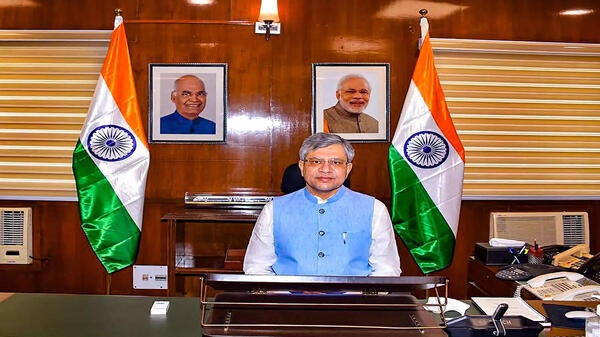 IT Minister Ashwini Vaishnav has announced that over 200 Indian cities will get 5G service in the next six months. India in New Delhi Mobile in Congress PM Narendra Modi The Union Minister made the announcement soon after his speech. At the event, the Prime Minister officially launched 5G in India, although telcos like Bharti Airtel, Vi and Reliance Jio are yet to announce consumer availability dates and prices. At the same time, Airtel and Jio have said that their 5G services will reach the users this month.

BSNL to offer 5G services from August 15 next year

Union Minister Vaishnav said, in the coming six months, 5G services will be available in more than 200 cities, efforts are being made to provide 80-90% of the country’s 5G services in the next two years. BSNL will provide 5G services from August 15 next year. Which 5G will also be economical.

read: goHow to use the same WhatsApp Account on multiple devices

IT Minister Ashwini Vaishnav on Sunday said the government will set up 100 5G labs across the country and some of these labs will become incubators to train students, promote innovation, research and experimentation. At the same time, he also said that the government is working significantly towards simplifying the licensing system for all telecom companies. I am really happy to see the energy of startups and MSMEs who are going to rural areas to benefit the people.

He said in this program that a big economy like India which has talent, is emerging from students to take leadership roles. We are now indigenously designing, developing and manufacturing and showing the world the scale and speed with which 5G will be taken. Prime Minister Narendra Modi on Saturday launched 5G services and India ushered in the era of ultra high-speed internet. Today 130 crore Indians are getting a wonderful gift from the country and the telecom industry of the country in the form of 5G. 5G is a knock on the door of a new era in the country.