It looks like an updated huge coupe-crossover Volkswagen Teramont X 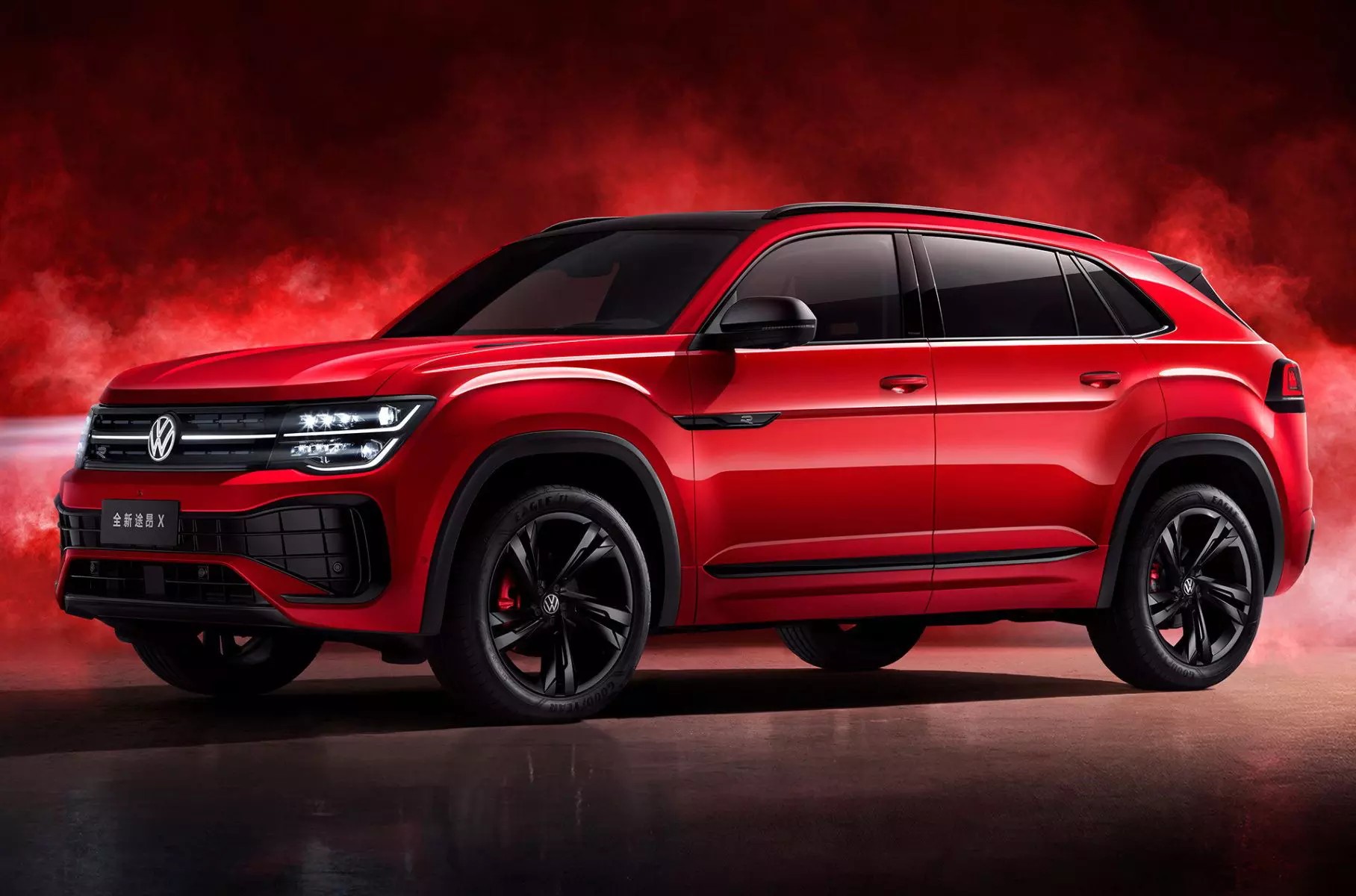 Volkswagen has revealed the appearance of the updated Teramont X coupe crossover.

The car, which will be targeted primarily at the Chinese market, is expected to be unveiled in the coming weeks.

The updated Teramont X received new optics, a number of new design elements, and it is also expected that the interior has changed, but it has not yet been shown. Separately, it is worth noting that the car in the images is presented in the R-Line configuration, that is, the basic version will look a little different and simpler.

Sources say that technical changes in the main nodes are not expected. That is, the car will receive only a DSG robotic gearbox, and the list of engines will include three units: two 2-liter gasoline engines with varying degrees of boost (186 hp and 220 hp) and a 2.5-liter VR6 gasoline engine with power 299 HP

Dimensions are also unlikely to change. The current model has a length of 4917 mm and a wheelbase of 2980 mm.