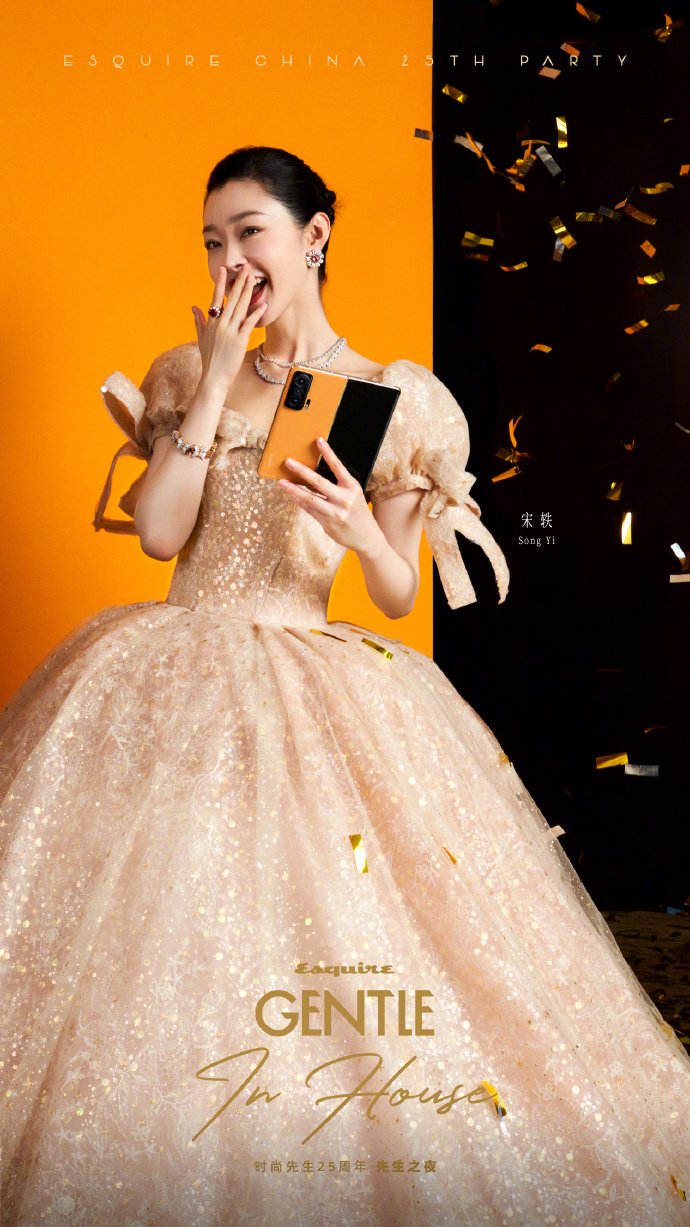 On January 10, Honor will officially unveil its first foldable flagship smartphone Magic V, which will compete with Samsung Galaxy Z Fold3, Huawei Mate X2, Xiaomi Mix Fold and Oppo Find N. The device has already posed for an official render, and now a live photo has been published on the Web. It was taken by the photographers of the Chinese edition of Esquire. Apparently, the Magic V will be portrayed as a fashionable model, much like Huawei does with its P50 Pocket clamshell.

The leather is artificial, but the color is interesting – orange. The camera block is clearly visible, but that’s all – no new details have been reported. According to preliminary data, Magic V will receive a Snapdragon 8 Gen 1 platform, a 5100 mAh battery with support for 66 W fast charging, a 50-megapixel main camera, screens with a frame rate of 90 and 120 Hz (one external, the second internal) and Android 12 with an interface Magic UI 6.0.