It is not necessary to get out of the car sunroof, strict monitoring of the police, challans are cut like this 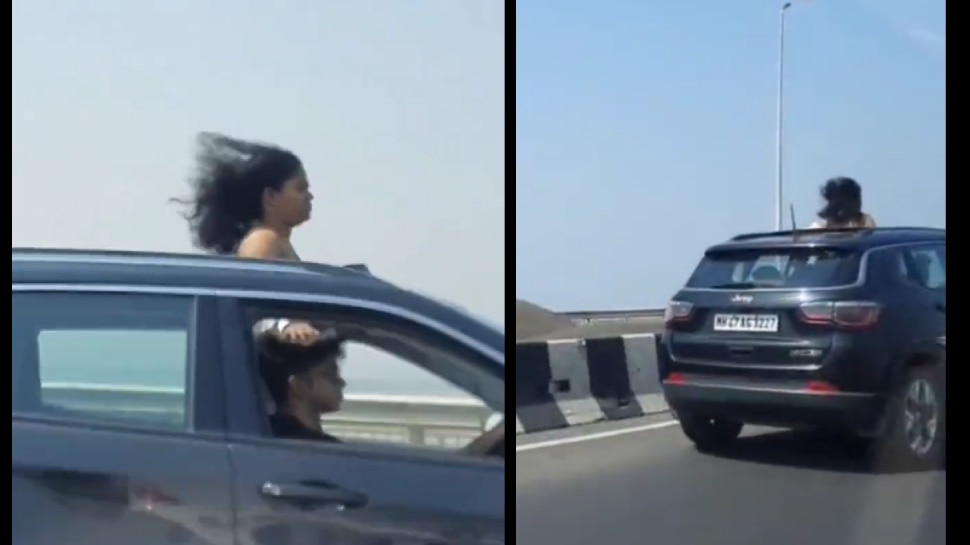 Challan for getting out of Car sunroof: Often people can be seen getting out of the sunroof in a moving vehicle. People also make their children stand in the sunroof, which is absolutely wrong. Now the police has started cracking down on those who commit such acts.

Sunroof Challan in India: Most of the automobile manufacturers in India have now started offering the feature of sunroof in their vehicles. Customers also like this feature very much. It also enhances the look of the car, as well as lets you enjoy the open sky. However, people in India are using it in moving cars in violation of safety rules. Often people can be seen coming out of the sunroof in a moving vehicle. People also make their children stand on the sunroof, which is absolutely wrong. Now the police has started cracking down on those who do such acts.

Recently a video surfaced from Mumbai, in which a woman is seen peeping out of the sunroof of a Jeep Compass SUV. Acting on the basis of the video, the Mumbai Police issued a challan against the woman. It is not clear under which section the woman has been challaned. The video was reportedly shot at the Mumbai Sea Link.

Good Morning @MTPHereToHelp
What say about this?

What is the proper use
of sunroof Sunroof is given in the vehicle so that more natural light can come in the car. With its help, the car can be cooled down quickly. When the car is parked in the sun for a long time, then opening the sunroof for a while lets the heat out. Apart from this, the sunroof gives you an open feel.