It has something to offer that the Samsung Galaxy Z Fold3 lacks. The first batch of Oppo Find N was sold out in a few minutes 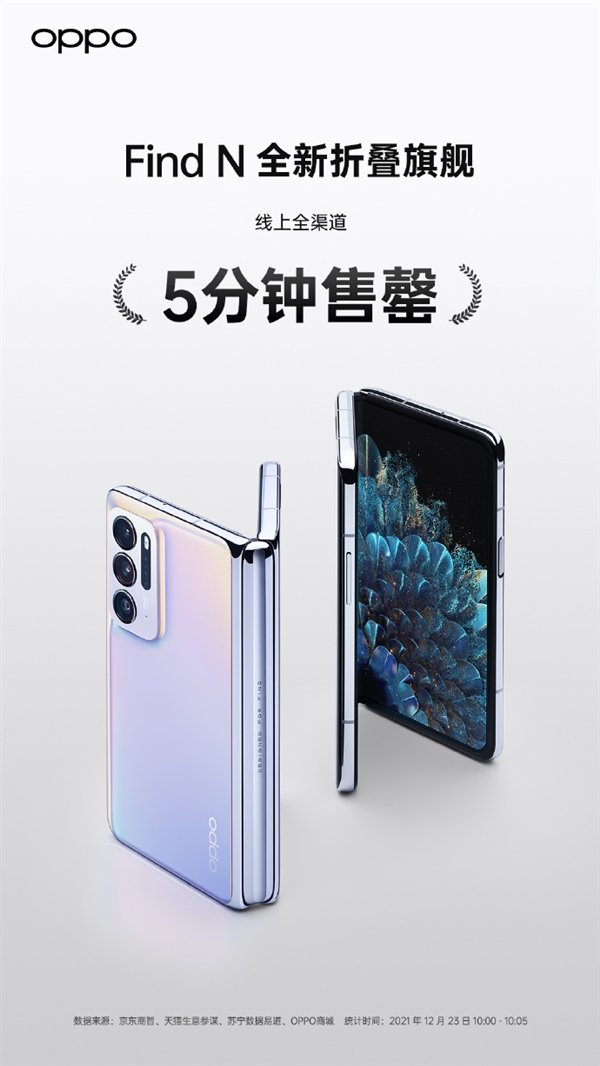 The Oppo Find N launched in China today and the first batch sold out in 5 minutes. This is despite the fact that the smartphone costs more than $ 1000.

Of course, as always in such cases, the size of the batch is unknown, so it is simply impossible to say how impressive this result is.

It is also worth noting that earlier we already talked about the start of smartphone sales in China, but then, as it became clear now, we were talking about some kind of trial small batch, available, it seems, only to fans. And today, the official full-fledged sales began. The second batch will be available on December 27th.

Recall that the smartphone can be called a competitor for the Galaxy Z Fold3, while the Oppo smartphone is more compact, cheaper, and the fold on the screen is much less noticeable.