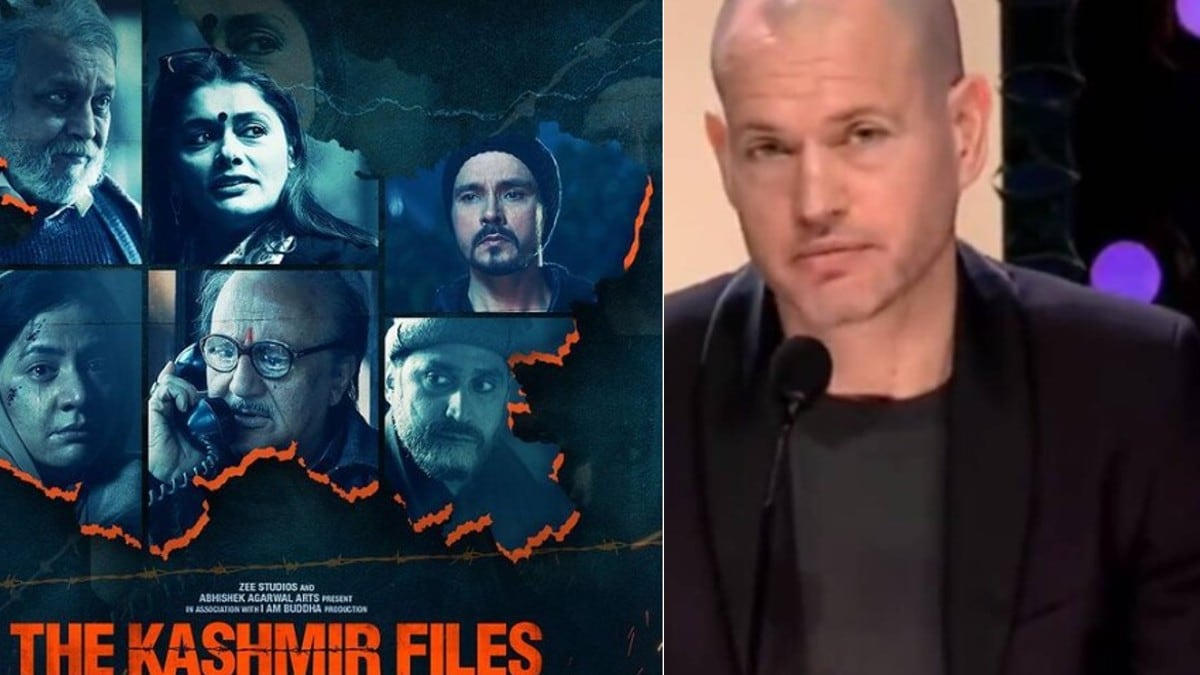 The Kashmir Files: India’s popular film ‘The Kashmir Files’ is one of the hits of the year at the International Film Festival of India (IFFI). The film was embroiled in controversies since its release. Even after this, the film made tremendous money at the box office. Now Israeli filmmaker and jury head of the International Film Festival of India 2022 (IIFI) Nadav Lapid had described ‘The Kashmir Files’ as vulgar propaganda. Since then there was a ruckus everywhere about this film. Meanwhile, news has come that Nadav Lapid has apologized for his statement.

Everyone had condemned Nadav Lapid

Nadav Lapid’s statement on 22 November was strongly condemned by all. Anupam Kher wrote in a tweet, ‘No matter how high the height of a lie is, it is always smaller than the truth.’ Anupam Kher After this, film maker Ashok Pandit also reacted and said, ‘The biggest mistake on the part of the Ministry of Information and Broadcasting is to make Nadav Lapid the jury of IIFI.’ In the ministry who is responsible for this criminal. Action should be taken on them.

Regarding his statement, Nadav Lapid said in an interview to CNN News 18 – I did not want to insult anyone. And my intention was never to hurt any of the victims or their loved ones. I sincerely apologize for this. But, whatever I said, I said it like the whole jury. Further, Nadav Lapid also said that the statement given by him is not only his but also presents the decision of his fellow jurists.

At the same time, Sudipto Sen, one of the IFFI Jury, described Lapid’s statement as completely his decision. He wrote tweeting on his social media that ‘Nadav Lapid, jury head of the 53rd International Film Festival of India 2022 (IIFI) ‘The Kashmir Files’ Whatever he said about it was his personal opinion.

Why did the people of India get angry ,

Due to the statement given by Navad Lapid regarding the film ‘The Kashmir Files’, many film stars, politicians, and users of social media heard him a lot. Even a campaign to boycott them from India was also started. The ministry was also criticized for being the jury head at the 53rd International Film Festival of India (IFFI).