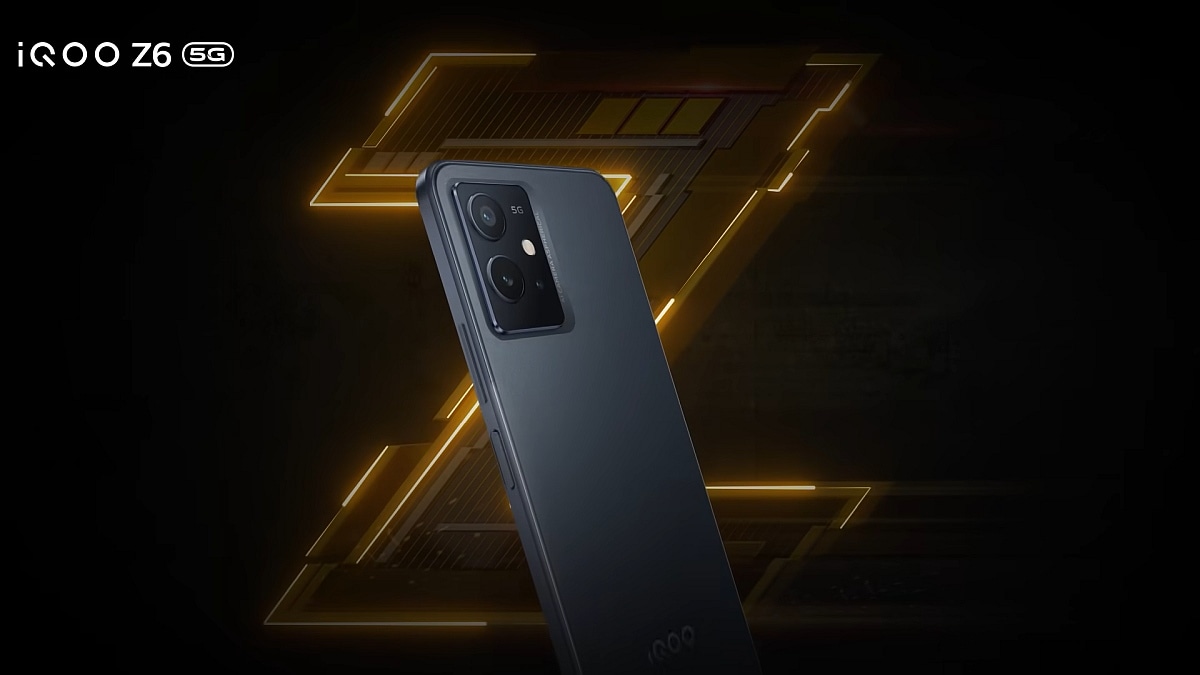 iQoo’s new smartphone iQoo Z6 5G will be launched in India on March 16. The company made this announcement on Sunday. Some specifications of this mid-range smartphone have also been revealed. iQoo has also indicated the price of the upcoming smartphone. The smartphone will have Snapdragon 695 processor. It will have a 6.58-inch display, which will have a refresh rate of 120Hz. According to the company, the iQoo Z6 5G will also get a five-layer liquid cooling system for thermal management.

According to the microsite, the iQoo Z6 5G smartphone will feature a 6.58-inch display. It will come with a refresh rate of 120Hz and DCI-P3 wide color gamut. This smartphone will be equipped with 6nm octa core Qualcomm Snapdragon 695 processor. It will be paired with LPDDR4X RAM. What will be the capacity of RAM, it has not been told yet. The site also states that the Snapdragon 695 processor has an AnTuTu benchmark score of 4,10,563 points. According to the company, this score is higher than the 3,92,543 score of a smartphone equipped with Snapdragon 750G processor.

Earlier it was told in a report that this smartphone can be launched in 6GB + 128GB and 8GB + 128GB storage options. However, iQoo hasn’t revealed anything about RAM, storage, battery capacity and connectivity options yet. According to the report, the iQoo Z6 5G has a five-layer liquid cooling system. According to the company, it reduces the surface temperature of the phone by 3 degrees and CPU temperature by about 10 degrees while playing CPU-intensive games.