iOS 16 Beta 1 first impressions: 5 great features that iPhones are getting this year 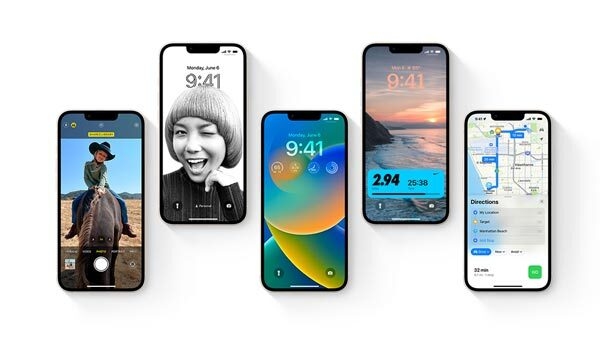 iOS 16 Keyboard: It’s no secret that Apple’s native keyboard isn’t as intuitive or reliable as Google’s Gboard. Apple is at least improving the Dictation feature that converts speech to text. But users can now type together if the dictation feature does not recognize the regional language. It works with apps like WhatsApp and Gmail. As we mentioned, iOS 16 is still full of bugs, and the keyboard needs improvement too.

iOS 16 introduces the ability to edit or unsend recently sent iMessages, as well as mark iMessage chats as unread after opening them. Apple allows you to edit or unsend an iMessage or stop Sending for 15 minutes after sending it.

In addition, notifications appear directly on the lock screen. Users will get access by swiping up from the bottom. Now you may ask what is the need of the feature? First, it’s important to understand that smartphones are getting bigger, and swiping up from the bottom can be tricky. Also, users who want to hide Notifications can still make changes by going to the settings.

When you open the camera now, you’ll first see two buttons for the primary camera and the ultra-wide camera. Earlier there was a button and tapping it gave you the option to switch. On the top right, there’s a dedicated button for filters. iOS16 doesn’t introduce new filters, but a new interface, which looks modern. The iPhone 13 series smartphones, on the other hand, are getting an improved Cinematic Mode, which basically blurs out the background in videos, similar to the Portrait Mode experience for still photos.