Investors trapped by investing money in these 5 stocks, became paupers in the process of getting rich 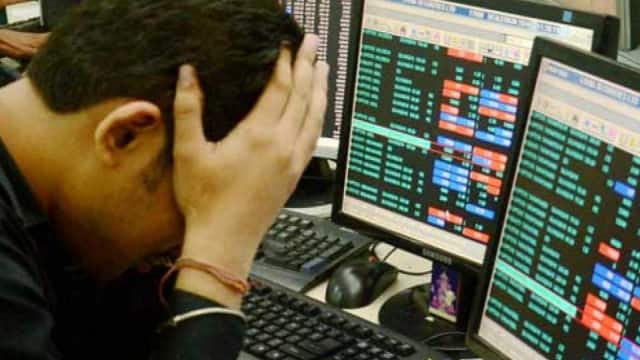 Stock Market Today: After giving excellent returns in the year 2021, major benchmark indices (Sensex-Nifty) have given zero returns in 2022. In year-on-year (YTD) time, the Sensex has fallen over 3 per cent while the Nifty50 index has also fallen by around 3 per cent. At the same time, the Nifty Bank index has lost more than 1 percent this year. Meanwhile, there were some stocks which have become trouble for their investors in the year 2022.

Among them are stocks like Indian Railway Catering and Tourism Corporation ie IRCTC, Info Edge (India) to Paytm which are suffering losses after reaching their life time level. We are telling you about 5 such stocks that have significantly impacted the portfolio of their shareholders.

1. Paytm: This fintech stock has been falling steadily after being listed at a discount in the Indian markets in November 2021. Today on Tuesday, Paytm share price hit its lifetime low of Rs 549 on NSE, which is in year-on-year (YTD) time of nearly 60 per cent loss. However, Macquarie Capital Securities (India) sees further downside in the private stock as it has reduced the Paytm share target price to Rs 450 for the fourth time.

2. Dhani Services: Shares of this mid-cap company have been under selling pressure for over a year now. The stock has declined after reaching its life time in February 2021. The share price of Dhani Services, as per YTD, has fallen over 58 per cent, while in the past one year, it has come down from around ₹268.20 to ₹67, a fall of up to 75 per cent in this period.

3. 3i Infotech (3I Infotech): This IT stock is under constant pressure after hitting a lifetime high of ₹119.30 in December 2021. According to YTD, the stock has fallen from around ₹93 to ₹56 level. That is, it has declined by about 40 percent in 2022. It is one of the multibagger stocks in 2021 as it has given nearly 600 per cent return to its shareholders in the last one year. However, Multibagger stock has been in a retracement level after climbing to its 52-week high of 119.30 in November 2021.

4. Indian Railway Catering and Tourism Corporation or IRCTC (IRCTC): IRCTC stock has been under selling pressure since hitting a lifetime high of ₹1279.26 in October 2021. However, it is still one of the multibagger stocks in 2021, as it has given around 105 per cent returns to its shareholders in the past one year.

5. Info Edge (India) Ltd or Naukri: The stock has been in a consolidation phase after touching a lifetime high of ₹7,465.40 per share on the NSE. Job share price has broken from Rs 7465 to Rs 4653 in the last about 6 months. In YTD time, it has fallen around 18 per cent, whereas in the past one year time, this stock has emerged as a no profit no loss investment as it has lost around 0.60 per cent in this entire one year.