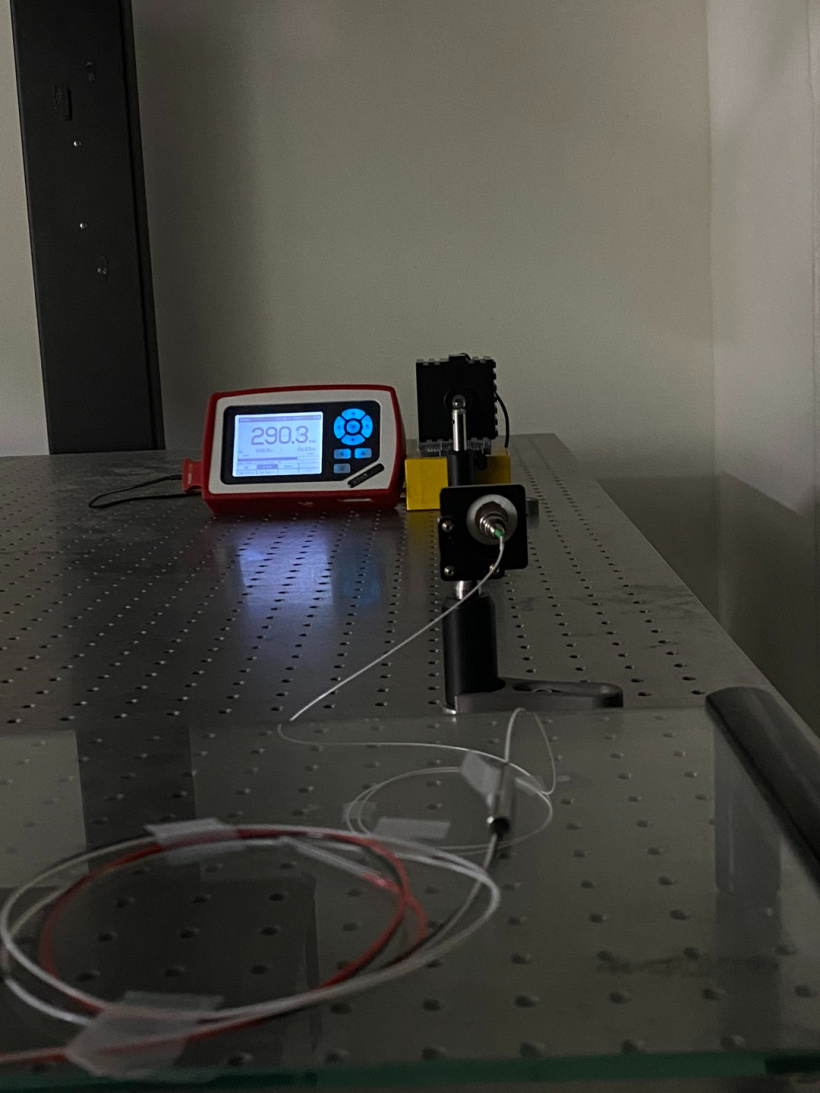 Recently, users are increasingly starting to use wireless charging systems for their smartphones, headphones, smart watches and other devices. However, the truly popular wireless charging is hindered by the small distance at which devices are charged.

A research team at Sejong University in South Korea has developed a new system that uses an infrared laser to wirelessly transmit up to 400mW of optical power over a distance of up to 30m. Through a receiver, this energy can be converted to charge smartphones and other devices.

According to reports, the wireless charging system consists of two main parts: a transmitter that can be installed indoors and a receiver that can be integrated into electronic devices. The transmitter is an optical power supply with an erbium-doped fiber amplifier that generates an infrared beam with a center wavelength of 1550 nm.

Jinyong Ha, head of the research team, said that thanks to such a system, smartphone and tablet users will no longer need to carry charging cables with them. The system allows you to charge various gadgets, such as conventional Internet of Things (IoT) devices and devices used to monitor production conditions in factories.

The group is currently working on making the system more practical, improving the efficiency of photovoltaic cells to better convert light energy into electricity. In addition, they want to find a way that will allow the system to charge multiple receivers at the same time.