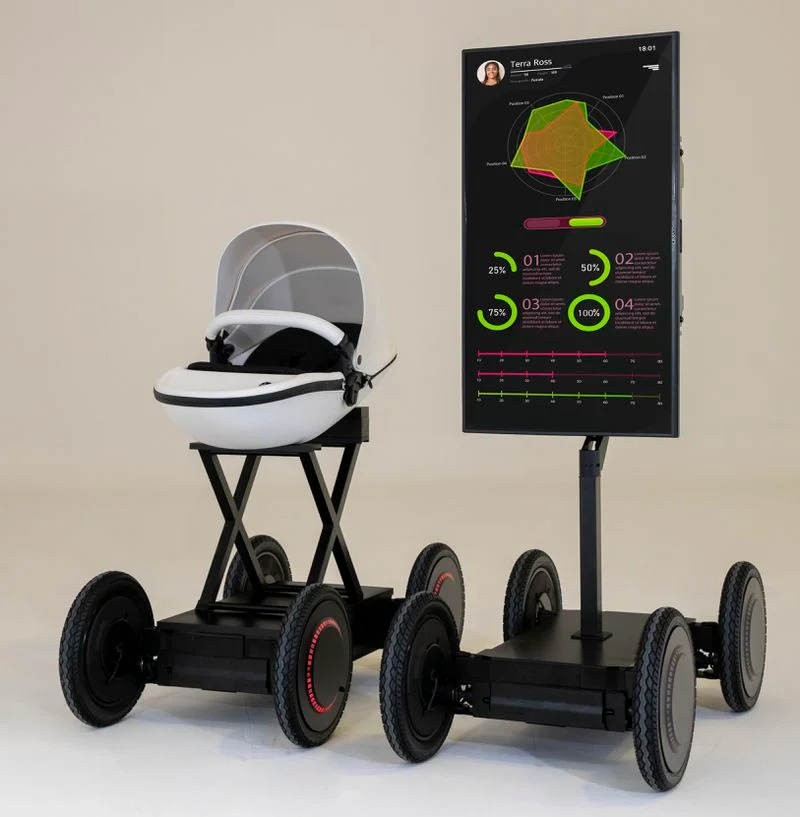 Hyundai unveils MobED robotic mobile platform. In fact, MobED is a four-wheeled robot designed for the transportation of everyday goods, with a maximum speed of 30 km / h.

The Hyundai MobED concept was first announced at CES in January this year, and the company has now released a press statement detailing some of the details of the robot. The MobED measures 67 x 60 cm. It is equipped with four independently controlled 12-inch pneumatic tires and a rigid suspension system. The MobED suspension system allows the center platform to tilt in any direction. This allows the MobED to maintain the liquid level in the cargo being transported, as shown in the video.

The South Korean automaker claims that the robot can be used to carry personal items, to conveniently transport a child seat, or to quickly move a large screen to the desired location. Hyundai plans to sell MobED to industry partners who can then tailor it to their specific needs.

In addition, an enlarged version of MobED is planned, which can be used as a mobile vehicle for the elderly or people with disabilities, as well as a stroller or recreational vehicle.

MobED battery life is 4 hours, price and release date of MobED have not been announced yet.