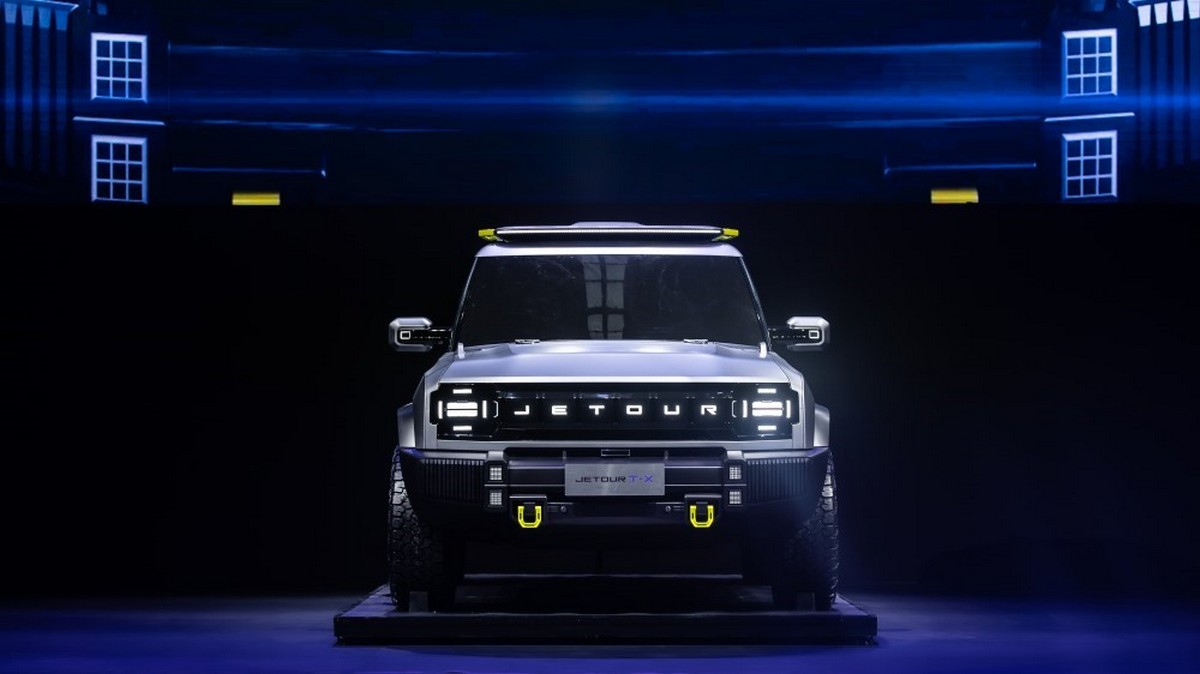 After the teaser, published a week ago Chery has unveiled its first full-fledged SUV, which will be branded as a subsidiary of Jetour. The car was named Jetour TX. It will compete with Great Wall and other manufacturers in the 4WD SUV segment.

During the presentation, the car was shown live, but so far only from the outside. Observers point out the similarities between the Jetour TX and the likes of the Tank 300, Ford Bronco and Land Rover Defender. At the front are custom LED headlights and the Jetour name with backlighting.

The car also received wide wheel arches, retractable door handles, and small side mirrors. Above is the platform for drones. The car will be built on the basis of the Kunpeng platform, which implies the use of a variety of power plants. It can be equipped exclusively with internal combustion engines, various hybrid installations, be an electric vehicle and even a hydrogen car.

It is known that a rechargeable hybrid will be available in the lineup, details of which have been disclosed by Jetour officials. The range of the system will be 1000 km, and the fuel consumption will be equal to 1 liter per 100 km of pit. In addition, it is confirmed that the Jetour TX will receive an intelligent all-wheel drive system and adaptive suspension.

Release date and price have not yet been announced.