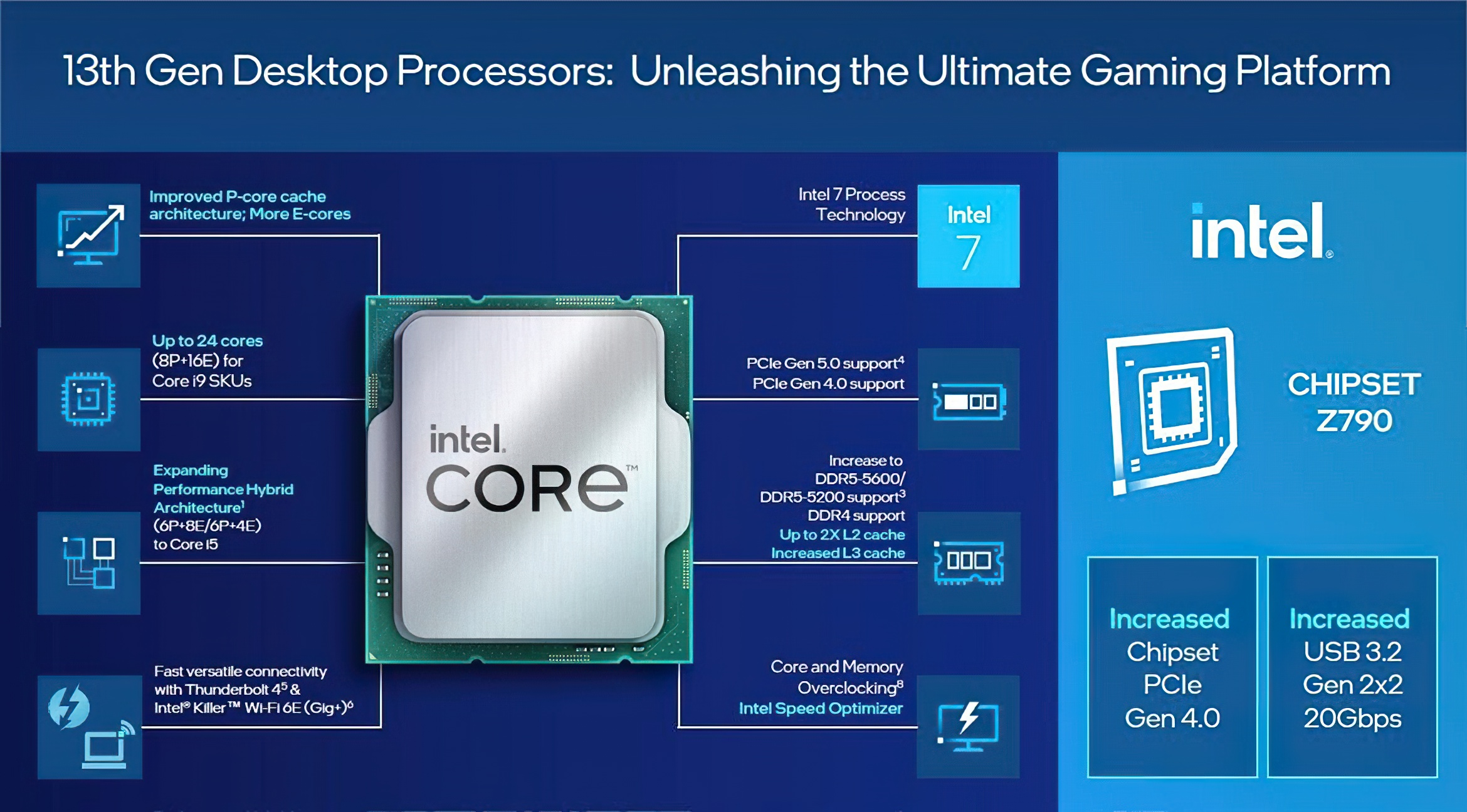 Intel has just introduced its 13th generation Core (Raptor Lake) processors. Like last time, only the top Core K models have been announced now, and the rest of the models should be expected at the beginning of 2023.

It’s worth saying right away that the new CPUs are, fortunately, cheaper than a few hours earlier. indicated NewEgg store. In fact, most models have not risen in price relative to their predecessors. True, it is worth keeping in mind that Intel itself warned that it would significantly raise prices for its products in the fall, so it is likely that the current prices were chosen as such for the announcement, and in the very near future they will rise.

Specifications of new products can be seen in the table below.

In general, we have already discussed the CPU data parameters more than once, and all the main ones have been confirmed. Intel itself speaks of a performance increase relative to the previous generation by 15% and 41% in single-threaded and multi-threaded modes, respectively. This is primarily due to a significant increase in frequencies and an increase in the number of cores and threads. Recall that the new CPUs still have a maximum of eight large cores, while their microarchitecture has been updated, but small cores have retained the microarchitecture, but their maximum number has doubled.

In terms of pricing, we now have the opportunity to understand which Intel’s new products will compete with which AMD’s new ones.