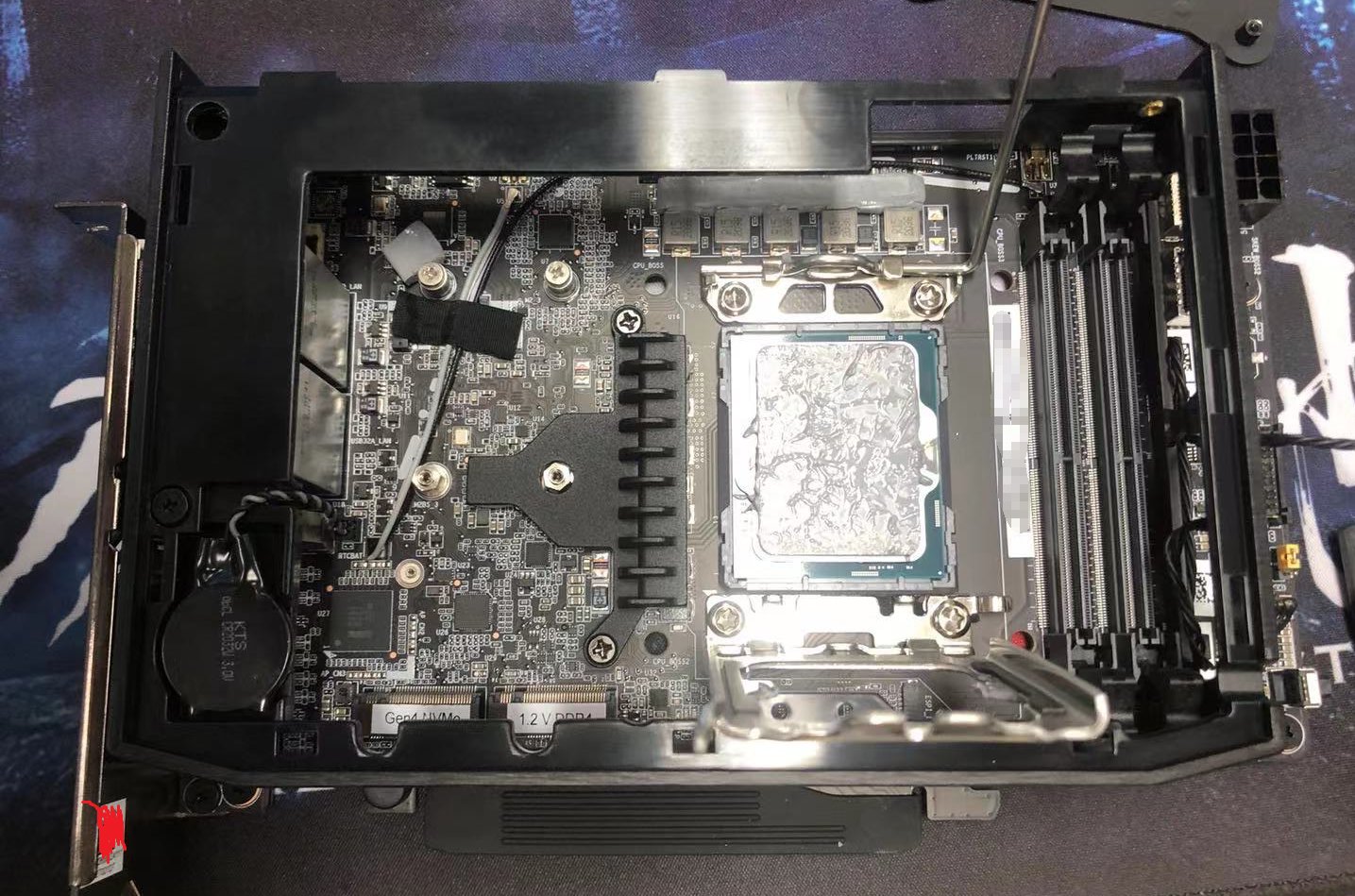 A photo appeared on the network, judging by which, the next generation Intel NUC mini-PCs will be designed for Alder Lake processors for desktop systems, and not mobile models, as it was before.

The source recalls that the NUC 11 Extreme (Beast Canyon) uses a Core i9-11900KB processor, but this is not a Rocket Lake desktop processor, but a renamed Tiger Lake mobile processor.

In the case of the upcoming NUC 12 Extreme, the processor will be a desktop processor, which is clearly indicated by the presence of the LGA1700 socket. This means the mini PC could potentially be configured with up to 16 cores, while the mobile Alder Lake-P series will have models with up to 14. Intel NUC 12 Extreme reportedly supports DDR4 memory and PCIe Gen4 SSDs.

The NUC 12 Extreme is also expected to include a PCIe graphics card, possibly on an Intel Arc Alchemist GPU.

The closest place Intel could unveil the NUC 12 series is at CES 2022 in Las Vegas next week.