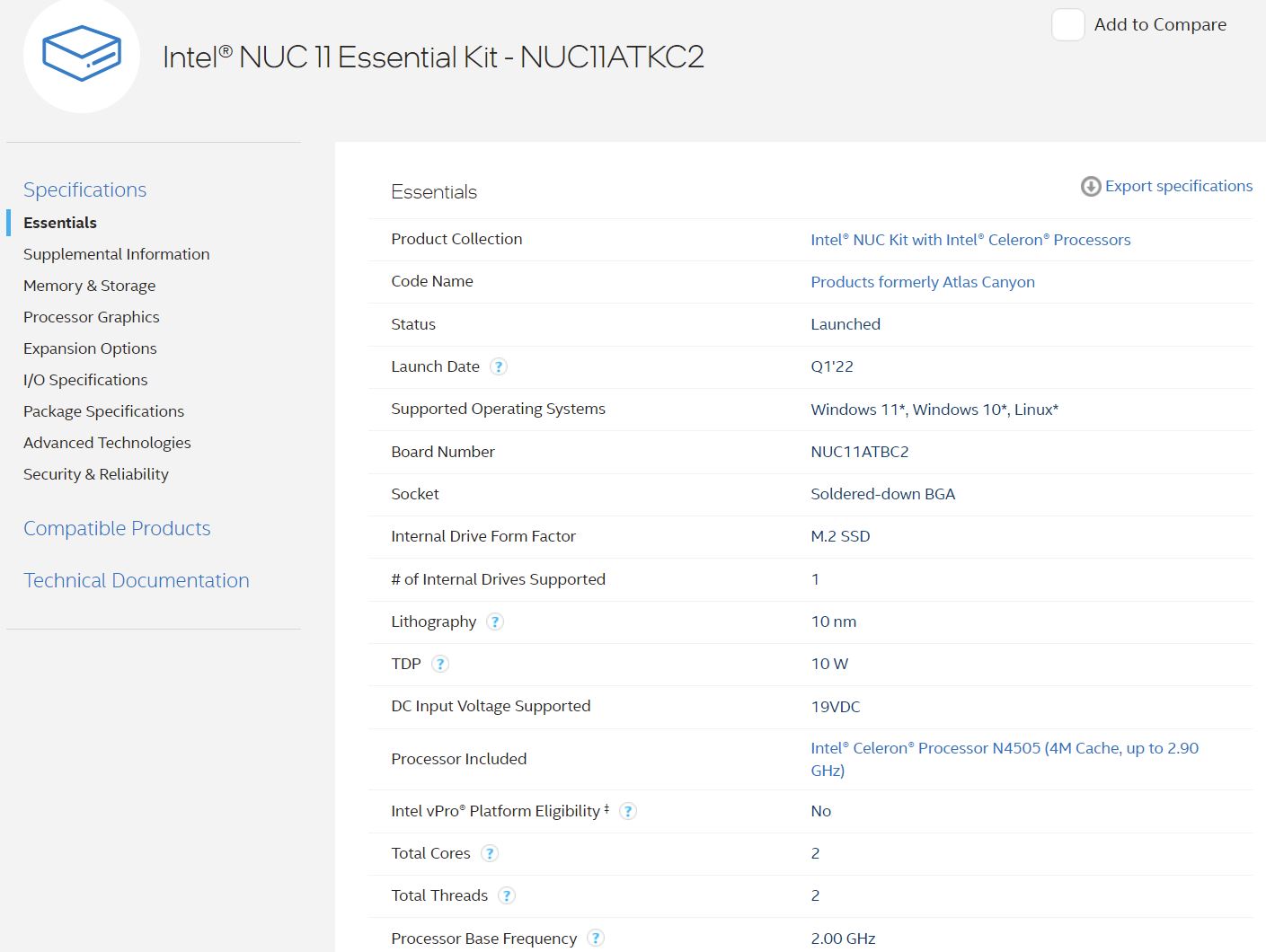 According to the source, Intel has released the NUC 11 Essential mini PCs built on Jasper Lake single-chip systems with a TDP of 10W. Their advantages include an increase in the number of execution units in the integrated GPU (by 78% in older models and by 33% in younger ones) compared to SoC Gemini Lake. Such a large increase is not surprising if you remember that Gemini Lake SoCs have been released since 2017.

The new mini PCs support up to 32 GB of RAM, and the maximum effective memory frequency has been increased from 2400 MHz to 2933 MHz. As for the storage subsystem, a 64 GB eMMC module is soldered on the board. In addition, there is a slot for M.2 2280 drives, which has PCIe and SATA interfaces.

The manufacturer offers separate boards and complete computers. Includes 65W external power supply. There are no pricing details yet. The new NUC models should go on sale at the end of the quarter.