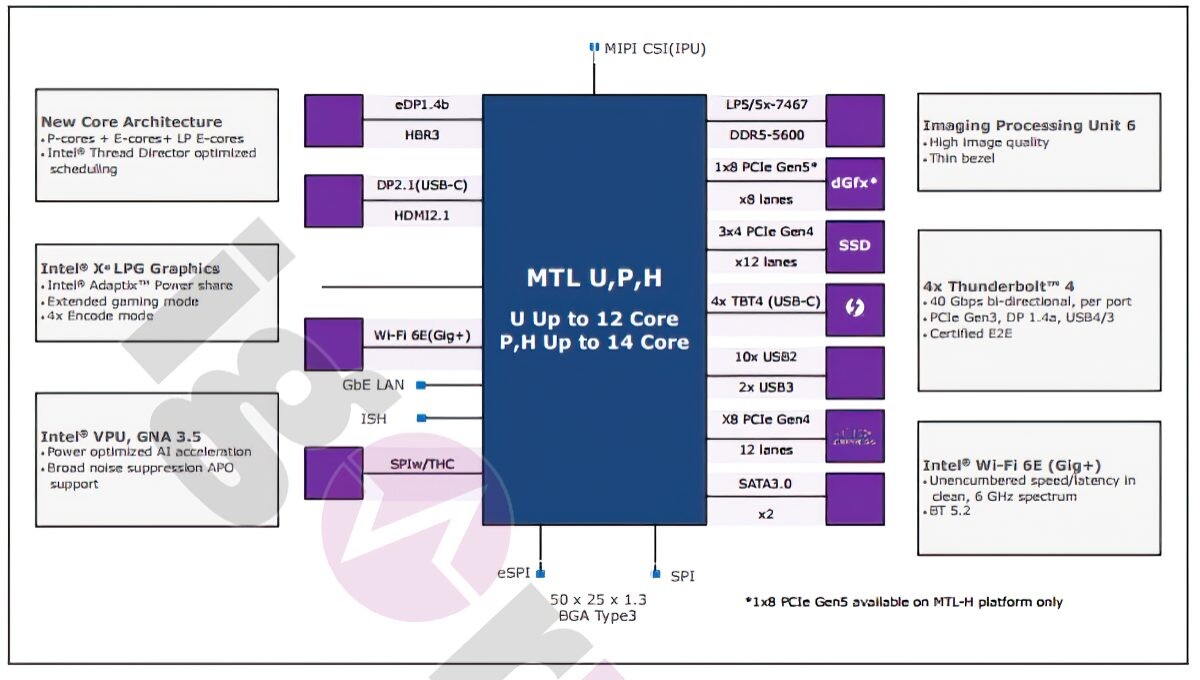 The next generation Meteor Lake Intel Core processors will get new integrated graphics based on the Xe-LPG architecture. This architecture has been used in iGPUs since the 11th Gen Tiger Lake processors.

According to a recent leak, Meteor Lake graphics will get some kind of “extended gaming mode” and a new Adaptix power distribution mode. The source believes that this is a power management optimization that gives priority to the iGPU when distributing power.

The processors will also receive the latest Gaussian Network Accelerator 3.5 neural network training accelerator, which allows it to be used for artificial intelligence tasks. The chip also has a custom-built VPU (visual processor) similar to those used in mobile SoCs, which improves the device’s ability to recognize faces to work with augmented reality applications.

Another innovation will be a new type of energy-efficient cores – Crestmont. They are improved versions of the cores on which the Alder Lake and Raptor Lake processors are based.

Note that Meteor Lake and Arrow Lake processors will be new socket.