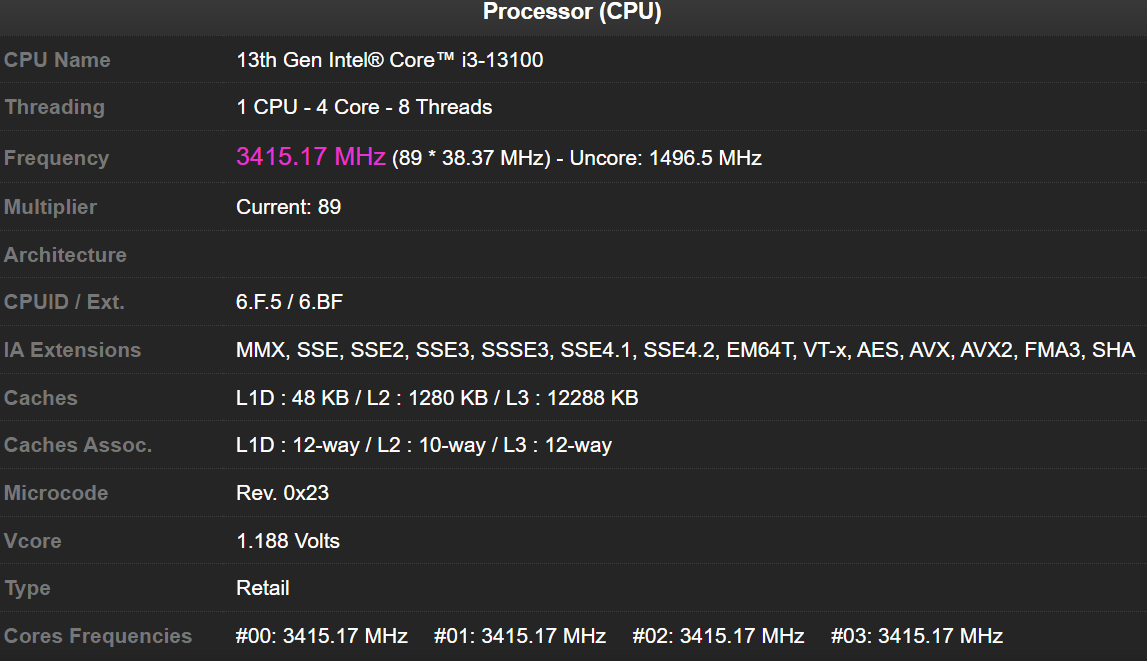 The budget processor Core i3-13100 of the Raptor Lake line lit up on the Web. Now we know that this CPU has four large cores with Hyper-Threading support and runs at a frequency of 3.4 GHz.

For comparison, the Core i3-12100 with the same configuration has a base frequency of 3.3 GHz. At the same time, we recall, as Intel itself has already indicated, the younger processors of the Raptor Lake line will actually be renamed Alder Lake models, that is, they will not receive any microarchitecture improvements. It is not a fact that the serial Core i3-13100 will operate at a frequency of 3.4 GHz, but in general it is already clear that it will practically not differ from the Core i3-12100. Whether Intel will make the new product cheaper than its predecessor is still unknown.

The younger Raptor Lake processors have not yet been announced, and Intel itself has not spoken about the timing, but it is now believed that the announcement could take place at CES 2023.