Intel can’t release desktop graphics cards just yet, but has shown where else it can spend new GPUs. The company spoke about Arctic Sound-M 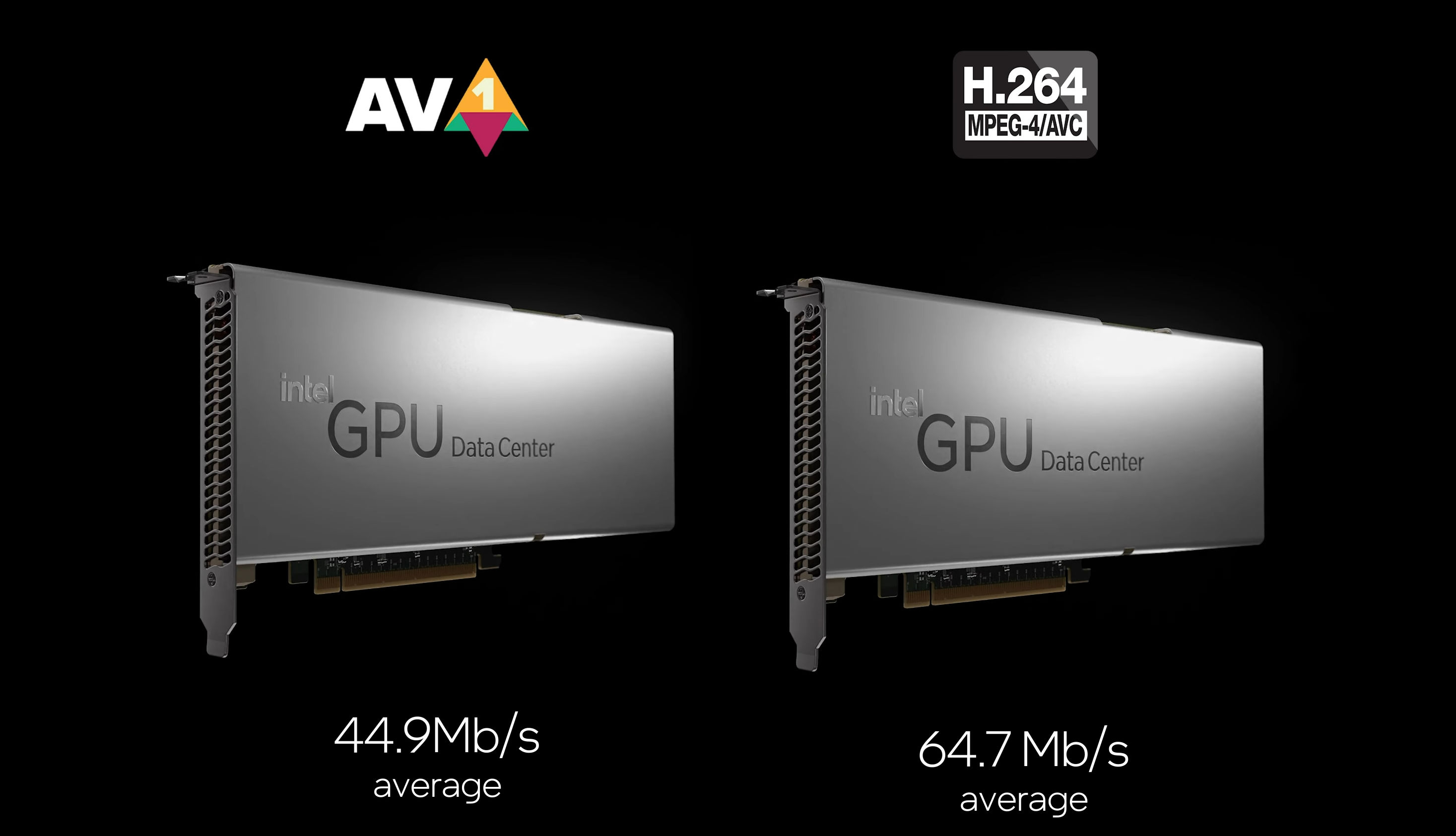 While Intel can’t bring its Arc graphics cards to the market properly, it has shown how it is going to use the new DG2 GPUs for other purposes.

The company showed a line of Arctic Sound-M accelerators based on the same GPUs that should be used in gaming solutions. Only Arctic Sound-M is not aimed at games at all. These are rather unusual accelerators, since their task is to transcode video. Intel itself calls these accelerators media supercomputers.

Arctic Sound-M supports up to eight simultaneous 4K streams or up to thirty 1080p streams. Thus, Intel and other companies could potentially use such solutions, including for game streaming services.

Recall that Intel GPUs of the Arc family support AV1 hardware encoding, which Intel advertised by showing Arctic Sound-M. As a result, using this codec reduces the load on the GPU by 30%. More specifically, the bitrate drops from 64.7Mbps with H.264 to 44.9Mbps with AV1.

What kind of GPU is used in Arctic Sound-M, whether there will be one model or several in the line, and when such accelerators will enter the market, is still unknown. At the same time, we can note the presence of one eight-pin power connector, so we are definitely not talking about the most basic DG2 configuration.