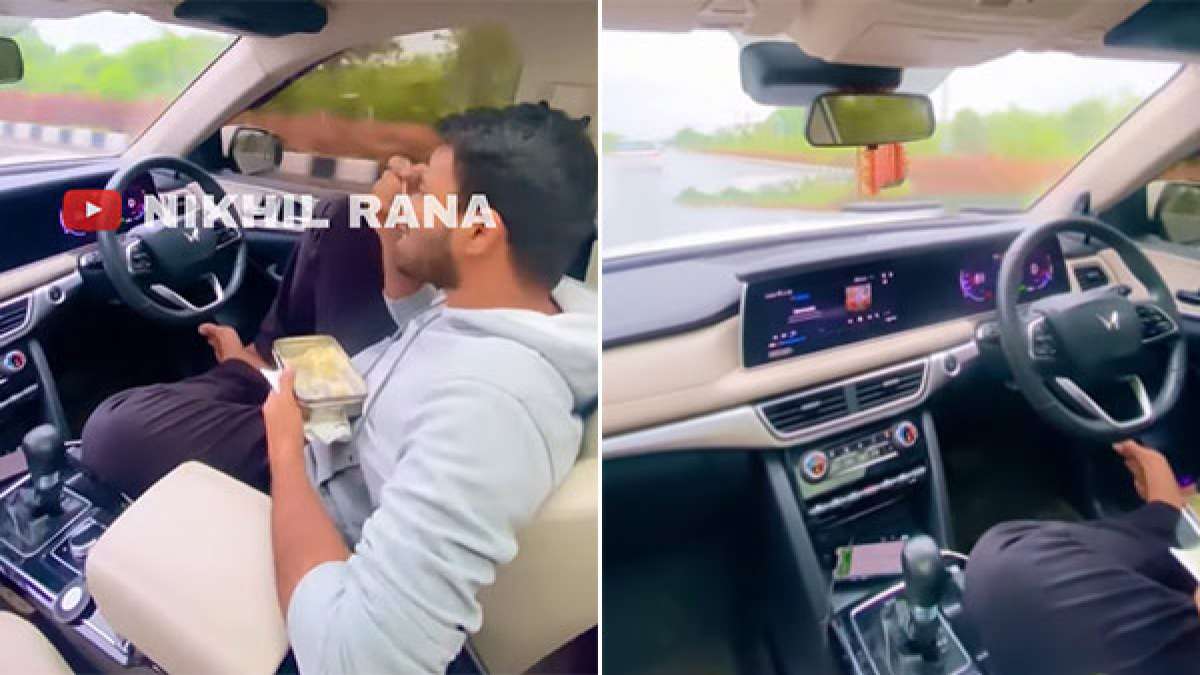 Today’s modern cars are coming with many features that make the driving experience more fun and safe. But some people use these features in a wrong way and due to this they put their life as well as the lives of others in danger.

You must have heard about accidents caused by the misuse of Tesla’s Autopilot feature. Now a video has surfaced of a Mahindra XUV700 owner misusing the autonomous driving feature. In this video, the person driving the car is seen leaving the steering and brakes of the car and eating food in the moving car.

Let us tell you that Mahindra offers Advanced Driving Assistance System ie ADAS features in XUV700. This feature is given in expensive cars to make driving safe and easy. But if it is used incorrectly then accidents can also happen in a moving car.

In fact, the car controls itself to some extent when the ADAS feature is on. It is worth noting that unlike Tesla’s Autopilot feature, ADAS does not put the car on fully automatic control. But people knowingly or unknowingly start misusing this feature.

According to the report, this car belongs to an Instagram Influencer named Pankaj Bihari. She shared a reel of driving a car while eating food on her Instagram handle, after which some people objected to it. In the comments of the video, some people also talked about complaining about it to the police.

Let us tell you that the autonomous driving feature in ADAS has to be used with great care. In this, you cannot completely leave the car on automatic control. The way the Instagram Influencer is driving the car is not only dangerous for him but it can also put other people on the road in danger.