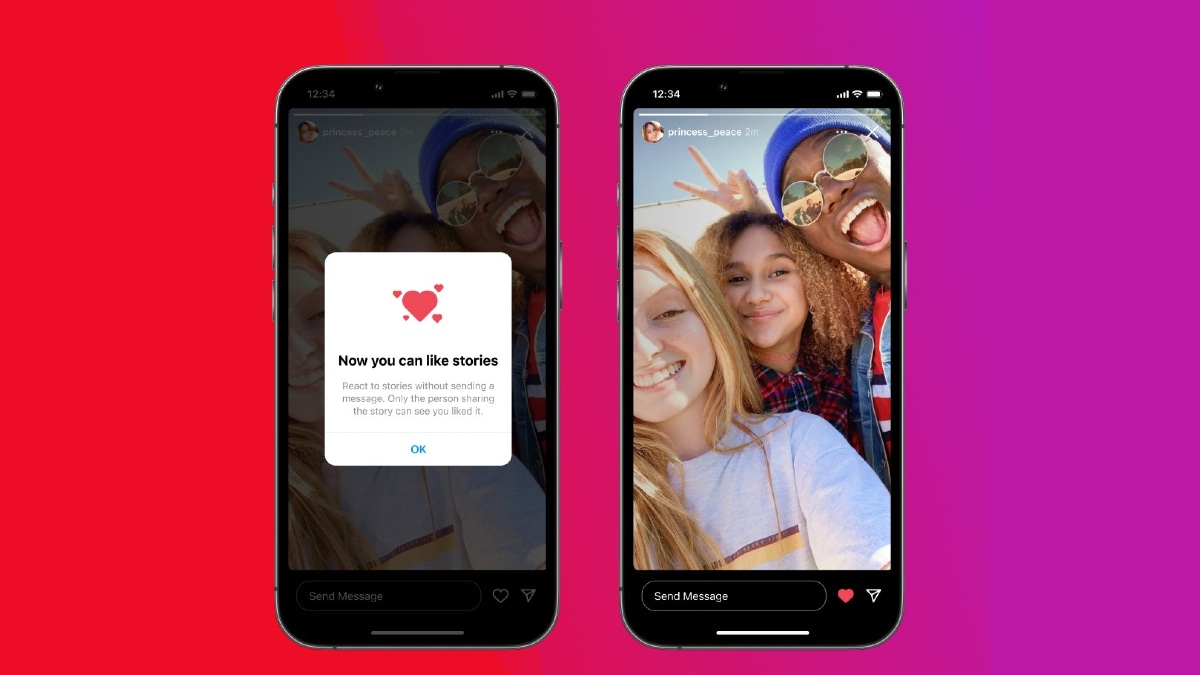 The photo and video sharing platform ‘Instagram’ has brought a new and special feature for its users. It offers a new way to engage with Stories. ‘Private Story Like’
This feature called (Private Story Likes) allows users to like others’ Instagram stories without sending a direct message (DM). Till now, users only had the option to re-share stories or reply with comments. Also, the response shared on Instagram story was shared on the DM inbox of the users. With the new update, users can mark their likes for Stories without using their DM inbox.

Instagram head Adam Mosseri posted a post on Twitter on Tuesday. Video Announced the rollout of the Private Story Likes functionality via With the new update, users can join a story by tapping on the heart icon like a regular feed post. Unlike regular Instagram posts, the number of Private Story Likes will not be visible. Mosseri said that she would appear in the viewer sheet.

The Private Story Likes feature has been brought in as part of an effort to improve the messaging experience on Instagram. In December last year, Mosseri announced that Instagram would focus on messaging and double down on controls in 2022 to improve transparency.

Earlier this month, Instagram added a slew of new features to make it easier for users to remove posts, comments and other activities from the platform. With this help, users can delete or archive their content in bulk including posts, stories, IGTV and reels. Comments, likes and sticker reactions can also be archived for deletion. Instagram also lets its users filter their content and interactions.

Talking about this year’s priorities, Adam Mosseri focused on video, messaging, transparency and creators as four key areas. Last month he told that we are going to double our focus on videos. Mosseri had said that Instagram would focus on messaging and would double down on controls in the coming year to improve transparency. He said that to help and empower the creators, more earning opportunities will be given on the app.