Innova Crysta is coming in a new avatar, its look-features will make you crazy 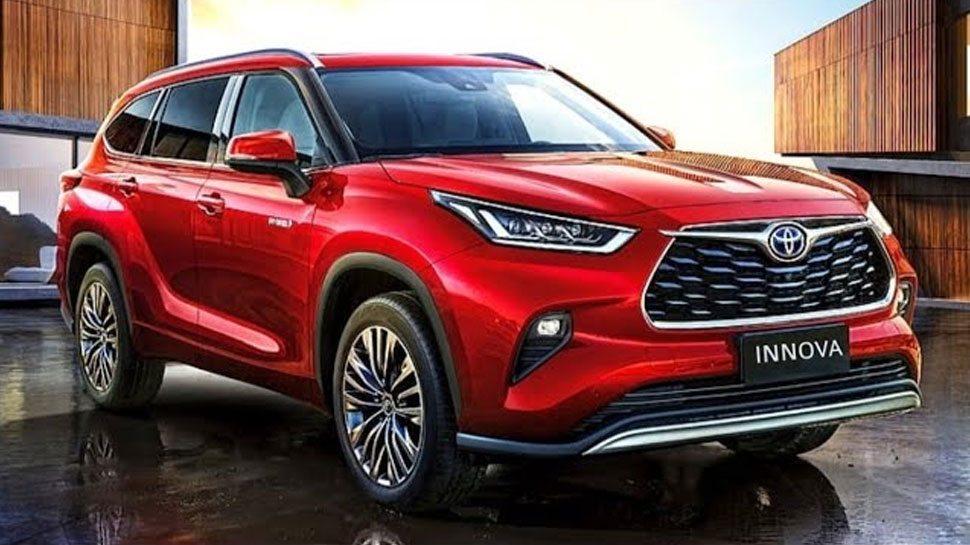 New Delhi : Toyota Innova has been the long race horse of the Japanese carmaker for almost two decades since its launch in 2004. The premium MPV has changed a lot over the years and a mild facelift model was launched in 2020. Now media reports have revealed that Toyota is working on a new generation model of Innova, whose global debut is anticipated in November this year. Last time both Innova and Fortuner were introduced together in the new generation and something similar is expected to happen this time as well. The company is also working on the new generation of Fortuner.

New spy shots of the Innova have recently surfaced online which is likely to be the new generation Innova. The test model is seen completely covered in stickers along with new alloy wheels and LED taillights. This model has been shown in Thailand where this MPV is being developed. This is where this car is going to be introduced first. The new generation of Innova will be offered with major changes, the MPV being built on the body-on-frame chassis of the powerful family members Fortuner and Hilux.

Currently, the Innova is being sold in a rear-wheel-drive setup, while both the Fortuner and the Hilux are offered in a 4-wheel-drive option, so the company may offer the new Innova a front-wheel-drive system. Petrol and petrol-hybrid engine options can be given with the 2023 model. The petrol engine of the car can be found from the existing Toyota Innova, while the petrol-hybrid will be something new. The current MPV comes with a 2.7-litre naturally aspirated petrol and 2.4-litre diesel engines. The first of these engines makes 164 Bhp power and 245 Nm peak torque, while its oil burner engine makes 148 Bhp power and 360 Nm peak torque. The company has given both these engines a 5-speed manual and a 6-speed torque converter gearbox.