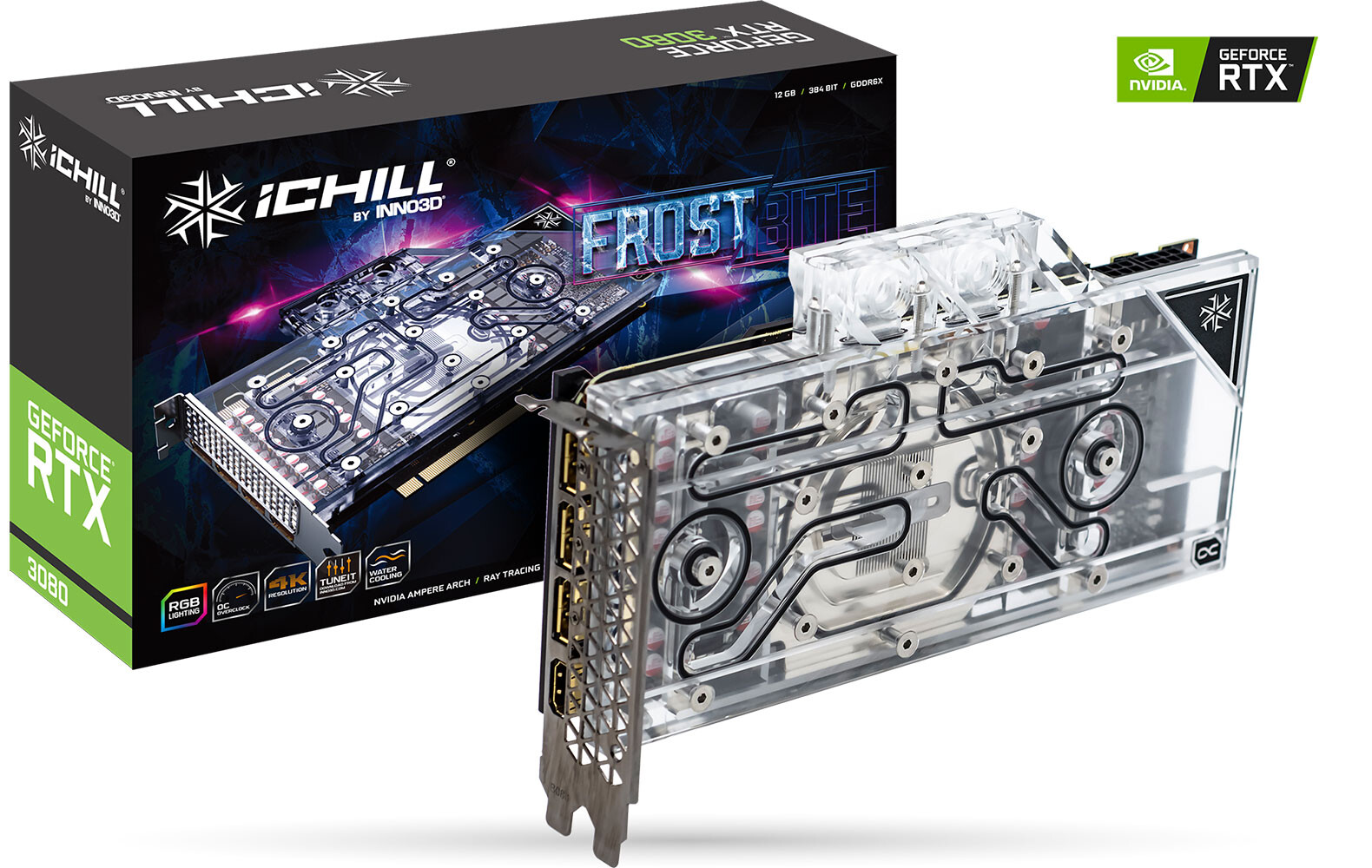 In all cases, the buyer receives a GPU card with 8960 CUDA cores, 280 Tensor cores, and 70 Ray Tracing cores. The processor is linked to 12 GB of GDDR6X memory using a 384-bit bus. The GPU frequency reaches 1755 MHz. An exception is the Inno3D GeForce RTX 3080 X3 OC video card, which has an increased GPU frequency of 1725 MHz. The memory of all cards operates at a speed of 19 Gbps.

The iCHILL Frostbite model is equipped with a water block, while the iCHILL Black LHR model is equipped with a hybrid cooling system, which includes a 90mm fan on the card itself and a 120mm fan on a 120mm LSS heatsink. The iCHILL X3 has an air cooling system with seven copper heat pipes and three 90mm fans. The iCHILL X4 has eight tubes, and the 90mm fans are complemented by a fourth 45mm fan that cools the voltage regulators.

Share
Facebook
Twitter
Pinterest
WhatsApp
Telegram
Previous articleBumper discounts on these 3 cheap cars of Maruti, Tata and Mahindra, huge savings of up to Rs 69000 sitting at home
Next articleHackers Alert: Caution! If you make ‘Ya’ errors on Google Chrome browser, the device will be hacked, see details
RELATED ARTICLES
Digit News