Information about the patent of Toyota Innova High Cross has come to the fore, will get this special feature 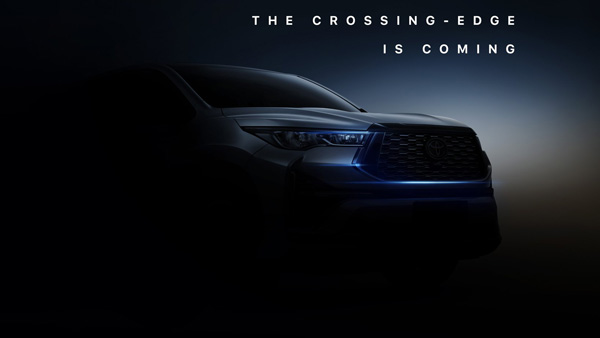 The look of the Toyota Innova HighCross was revealed a while back, in which the new grille, thinner headlight and re-styled bumper can be seen on this MPV. Chrome will also be used in this but these will be kept in a different pattern. Its look is going to be bold and attractive than before. The company is going to build it on Toyota New Global Architecture.

The patent that has surfaced suggests that the Innova High Cross will get a panoramic sunroof. However, this may reduce the strength of Innova a bit. The car is known for its durability and load carrying capacity. The existing Innova Crysta will be made available for the fleet segment but will not be available to private customers.

Forward wheel drive will be given in Innova High Cross as compared to rear wheel drive of Innova Crysta. Forward wheel drive provides better traction and reduces overall weight. In Forward Wheel Drive, most of the equipment is placed in the front, due to which there is more space in the interior. At the same time, this setup is considered cheap and can be easily maintained.

The MPV will come with a host of features including a 360-degree camera, sunroof, wireless charging, second row captain seat and a large touchscreen infotainment system. The ADAS feature will be given in this MPV with the help of Toyota Safety Sense platform. It gets road sign assist, automatic high beam, lane departure alert, proactive driving assist.

It is believed that Maruti Suzuki may also bring its own version of Innova High Cross in the market. Toyota’s Innova HighCross will be launched globally next month and is likely to be launched in January 2023. Maruti’s rebadged model can knock in the market after 6 months. This will be Maruti Suzuki’s first rebadged model, so far the company has not brought a rebadged version of any Toyota model.

The Toyota Innova High Cross is being eagerly awaited and the customers are going to get a bigger update than the current Innova Crysta. In the new model, more attention has been paid to the safety and features of the customers.