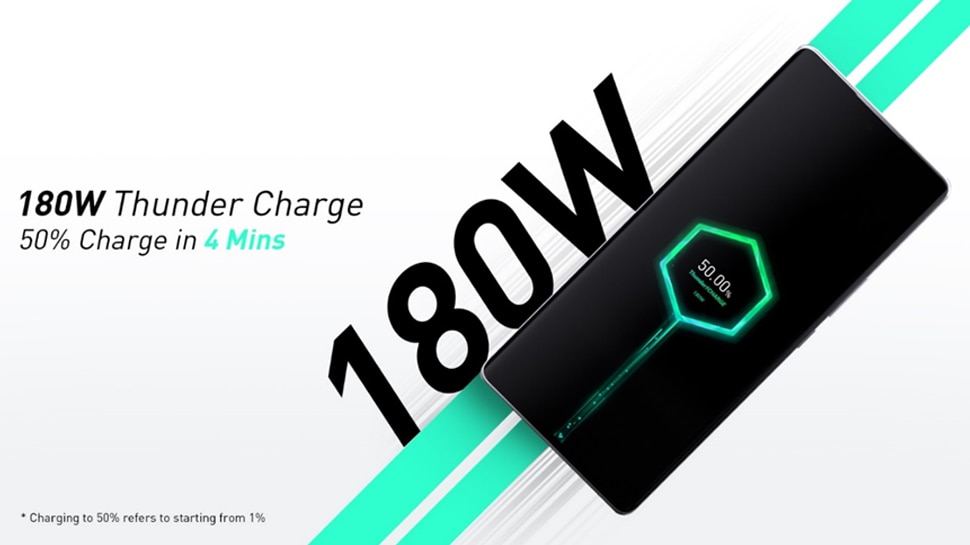 Infinix is ​​going to launch a smartphone with full charge in 8 minutes very soon. The best part is that it will be a flagship smartphone. That is, the phone will have everything that is in a premium smartphone. If you get a full charge capacity with it in 8 minutes, then what is the matter.

Infinix has launched its 180W Thunder Charge technology. The company will make it available with the upcoming flagship phone, which will launch later this year. The company’s new charging technology can charge a 4,500 mAh battery up to 50 percent in just 4 minutes, which means it will take just 8 minutes for a full charge. Let us tell you, Infinix had announced 160W ultra fast charge technology as a concept model last year. However, 180W Thunder Charge will be available to users later this year.

There will be two charging modes

It will offer two types of charging modes. There will be a Furious Mode, which was also made available on the Infinix Note 12 VIP, which can charge at maximum speed. It will also have a normal mode, which can charge faster but manages to keep the temperature down.

Infinix has worked with the world’s leading battery manufacturers to develop a new 8C battery cell, which is currently the highest charging rate rechargeable lithium battery in the industry. For example, to reach a full charge in less time, the company will use two 8C-rated batteries to get a combined capacity of 4,500mAh. Each battery will be charged at 90W. For safety, there will be multiple layers of protection to ensure and improve efficiency that the temperature inside the car remains low while charging.

Phone will not heat up on full charge

Three parallel charge pumps with 99 percent charging conversion efficiency charge two batteries, preventing overload and overheating. For security, the charging technology has 111 software and hardware security protection mechanisms to protect the smartphone, charger, and charging cable. In addition, there are 20 sensors that monitor the temperature of key components such as the USB port, charging chips, battery, etc. Huh. The charging technology ensures that the temperature does not exceed 43°C. This helps to avoid battery damage.

Thunder Charge will use an encryption chip, which will verify the cable by checking whether it can handle the load. Users will be able to use the charging cable of their choice. Also, Thunder Charge can be used to power other devices with capped speeds of 60W or 100W.