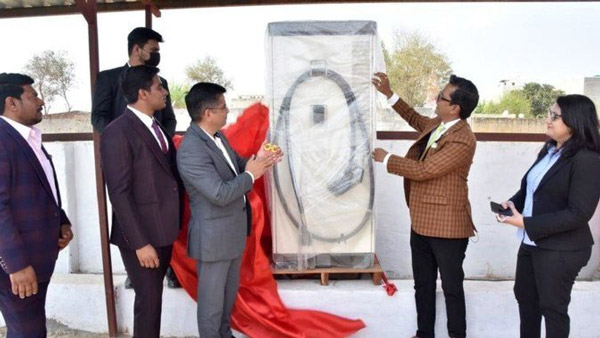 The company says that 75 AC normal charger and 25 DC fast charger have been installed in this charging station. While 570 electric cars can be charged in 24 hours with a DC charger, 600 cars can be charged in a day with the help of an AC charger. This charging station has the capacity to charge a total of 1,000 electric cars in 24 hours using both types of chargers.

Alektrify says that this is the company’s second charging station to be built in a record time of 30 days. The company is planning to launch two more charging stations with similar charging capacity on the Delhi-Agra e-highway within 60 days.

During the inauguration, Abhijit Sinha, National Program Director, Ease of Doing Business and Project Director, National Highways for Electric Vehicles (NHEV) said, “This is our second prototype station after the commissioning of the charging station set up in Sector-52. Built in 30 days. Two new stations of similar size and scale will be set up in Noida within 60 days for Delhi-Agra e-highway.”

He said that 30 more e-highway charging stations would be constructed within a record time of 90 days from the date of allotment to public sector undertakings/private entities.

He said that these charging stations are commercially and technically competing with petrol pumps now with 72 per cent utilization and 36 months break, this station has the capacity to charge 1,000 cars and Sector 52 station 576 cars. These simple prototypes have proved that e-highway charging stations will be world class and will create a robust commercial roadmap for e-mobility on Indian highways.