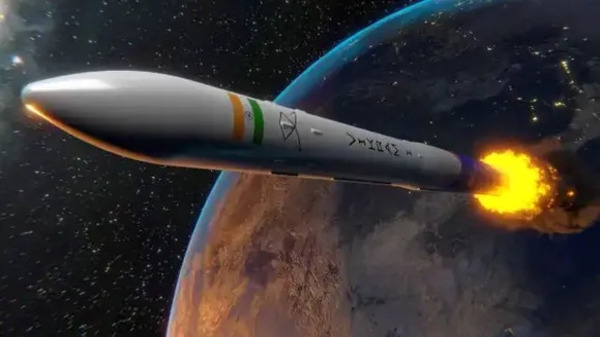 This is Skyroute Aerospace’s first mission and it has been named ‘Start’. There will be three consumer payloads and is prepared for launch from the launchpad of the Indian Space Research Organization (ISRO) in Sriharikota.
Pawan Kumar Chandana, CEO and Co-Founder, Skyroute Aerospace, said, “The officials have notified a launch window between November 12 and November 16, the date will be decided according to the changing weather conditions.

With this mission, Skyroute Aerospace is set to become India’s first private space company to launch a rocket into space, ushering in a new era for the space sector, which was opened to the private sector in 2020.

N Bharat Daka, Chief Operating Officer, Skyroute Aerospace, said in a statement, “The Vikram-S Rocket is a single-stage suborbital launch vehicle. It will carry three consumer payloads. This will help in testing and identifying multiple technologies in the Vikram series of spacecraft.

Chandana said that due to the support of ISRO and IN-SPACe (Indian National Space Promotion and Authorization Center), Skyroute was able to prepare the Vikram-S rocket mission in such a short time.

Tribute will be paid to famous scientist Vikram Sarabhai

Skyroute has been named ‘Vikram’ to pay tribute to Vikram Sarabhai, the founder of the Indian space programme.

Based in Hyderabad, Skyroute manufactures state-of-the-art space launch vehicles to launch commercial satellites into space. With this mission, Skyroute Aerospace will become the first private company in India to launch a rocket into space.