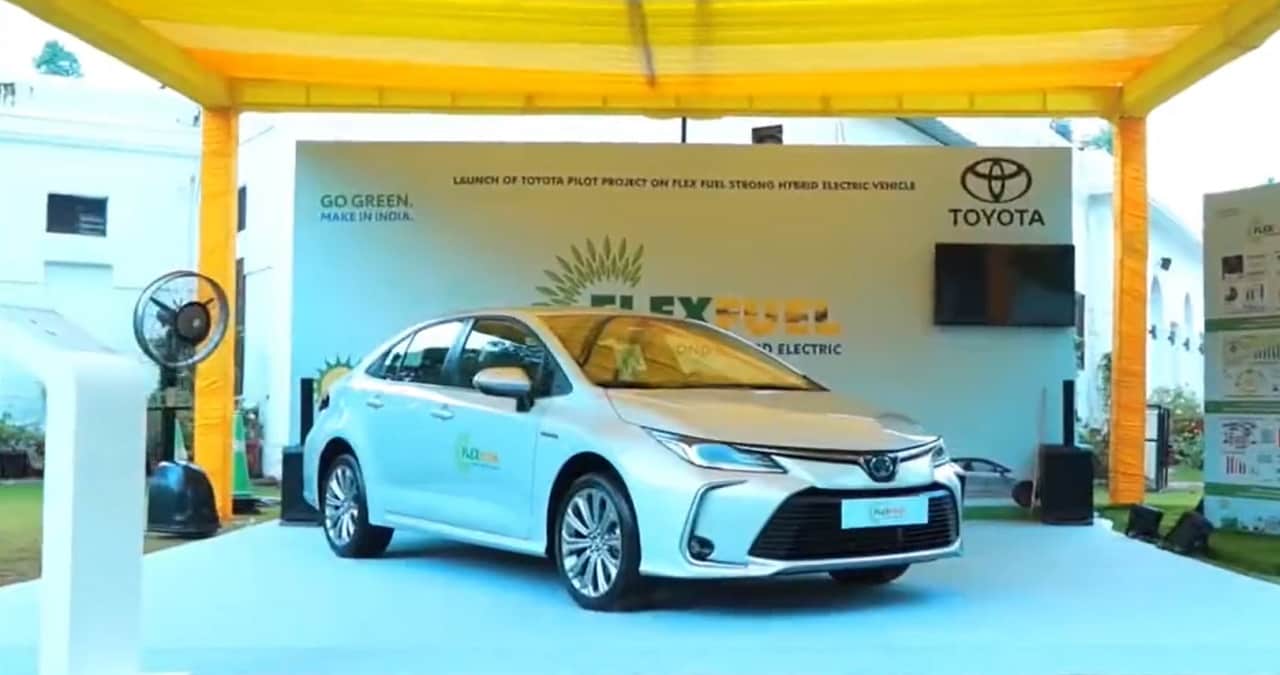 Toyota has introduced India’s first flex-fuel car that can run on 100% ethanol. The first Flex-Fuel Strong Hybrid Electric Car (FFV-SHEV) has been introduced by three Union Ministers Nitin Gadkari, Bhupendra Yadav and Mahendra Nath Pandey in a bid to promote new alternative fuels and reduce dependence on import of fuel.

The Corolla Altis FFV-SHEV, developed by the automobile company Toyota, gets a flex-fuel engine and an electric powertrain. It offers higher fuel efficiency along with higher ethanol usage, as it can last longer on EV mode when the engine is turned off. The car can run on petrol which has an ethanol blend of between 20-100%.

The car was introduced in India as a pilot to test the BS-VI compliant FFV-SHEV technology. How effective it is in domestic condition in reducing carbon emissions and will be shared with Indian Institute of Science to promote ethanol.

The car has been imported from Brazil for the purpose of research and development. Sources said that the car will be driven in many parts of the country to check the performance of the car and the study time will be more than a year.

Gadkari said that pollution is a matter of great concern in India and the transport sector has a major contribution in it. He said that “therefore there is a need for more incentives for electric vehicles that run on biofuels like ethanol and methanol and their use. This will also increase the income of our farmers. We want to reduce our import and dependence on petrol and diesel.” “

Brazil is the world’s largest producer of sugarcane and ethanol. There, about 80 percent of the cars run on flex-fuel. The government is also promoting the use of flex-fuel vehicles. The standard has been notified for E95, E90, E85 engines based on the percentage of petrol as against the percentage of ethanol mix.