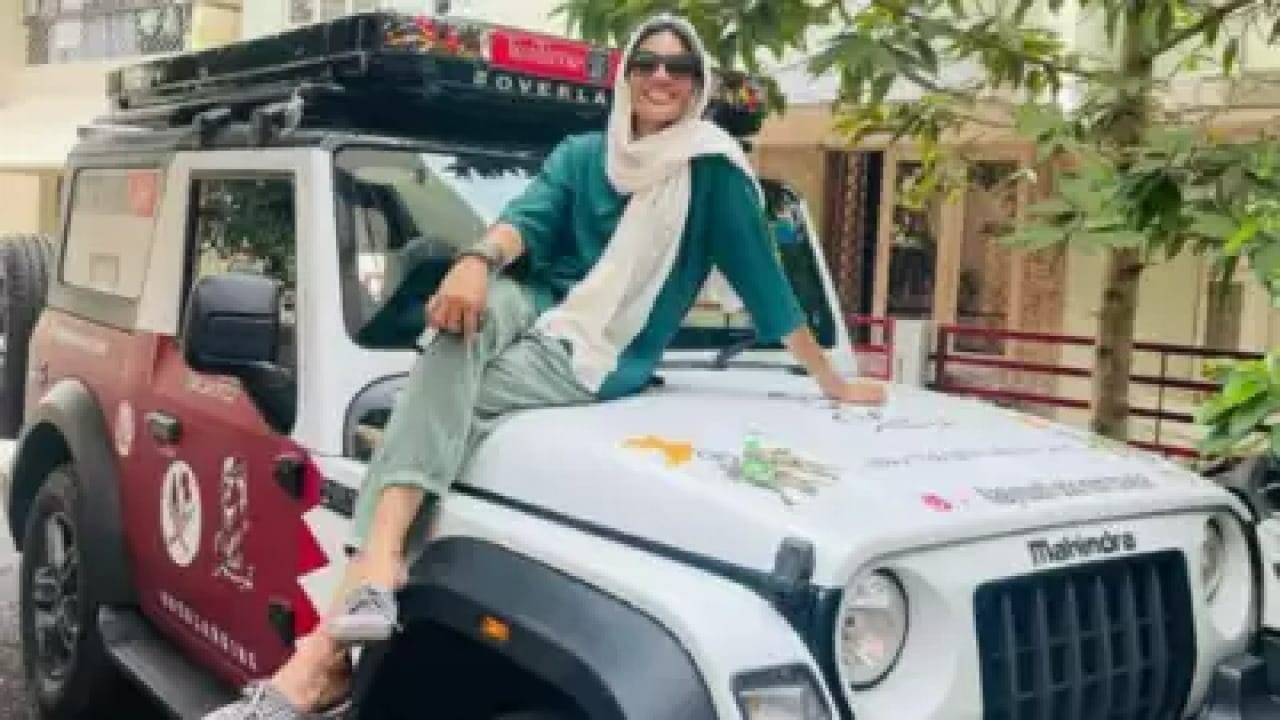 The FIFA World Cup, held every four years, is the biggest event for football fans. This tournament is being held in Qatar this time from November 20 to December 18. The Indian football team is not involved in the tournament but a football fan from the country has decided to travel to Qatar to watch the FIFA World Cup and support their favorite team. This journey is not normal as Naaji Noushi will make it from Kerala in a Mahindra Thar.

His journey was flagged off by Kerala Transport Minister Antony Raju. After reaching Mumbai via Coimbatore, Noushi and his Thar will board a ship to Oman. Noushi will travel by road from Oman again and via UAE, Bahrain, Kuwait and Saudi Arabia Queue Will arrive. “I plan to reach Qatar on December 10 and watch the final. I am very excited about this trip. I love the Argentine football team and Lionel Messi. I really want to see my favorite team lift the cup,” she said. “

Recently Noushi bought Mahindra Thar in black color. It is now covered with the colors of the Qatar flag. Stickers of all the companies that are sponsoring this journey of Noushi have been put on this SUV. Noushi said that he already has an Oman driving license, which he has converted into an international license.

She said, “I dream of playing for the Indian team in the FIFA World Cup. Through this trip, I am trying to reach this biggest tournament of football in a vehicle made in India.” Even before this, for sports events like the FIFA World Cup, some people have traveled by car from their country to reach the host country of the tournament. However, this is perhaps the first time that a woman from the country has fifa Is traveling alone like this for the World Cup. Kerala football fans are also excited about this trip.