Indian Railways: Why is X or LV written on the rear compartment of the train? Knowing the meaning will make your head spin 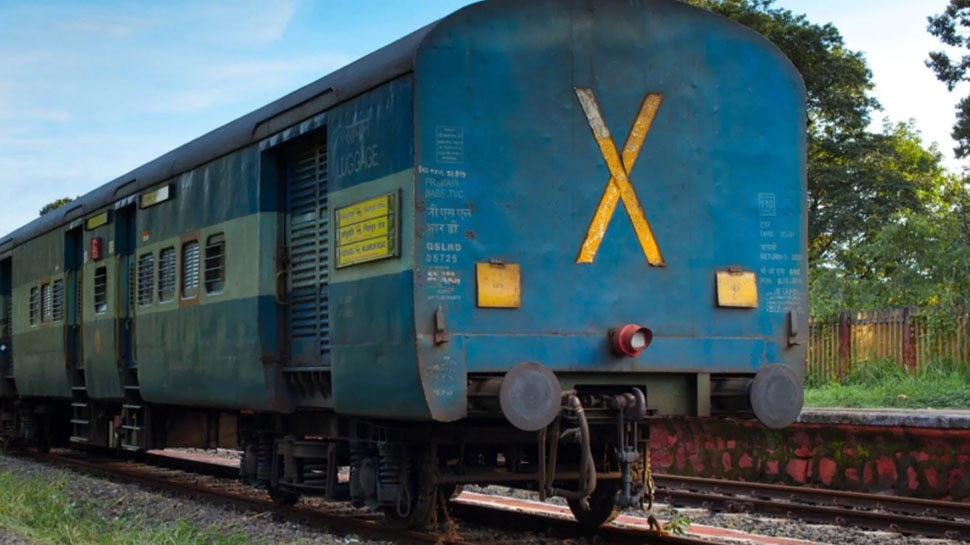 Meaning of X and LV written Behind the Train: All of us must have traveled in the train at some time. Despite this, there are many things in trains that we are not aware of. For example, you may have seen X or LV marks in large sizes often on the rear compartment of all passenger trains. Have you ever wondered what these two letters mean. Let us introduce you to this mystery today.

Learn what it means to write X and LV

According to railway officials, if the LV is written in capital letters (Meaning of X and LV written Behind the Train) at the end of a train, it means the last vehicle or the last Box. At the same time X means that he is the last coach of the box train. These letters are written in white-yellow on the last compartment of the train for safety. Seeing whom the station master understands that the entire train has passed.

If the station master does not see these marks on the back of a train, it means that the entire train has not arrived yet and one or more of its coaches have been left behind. So immediately try to find those lost coaches by issuing messages on wireless. Also, the train that has gone ahead is also stopped. Safety of all trains is ensured through these marks made in the rear of the train.

There is also a red light blinking on the rear of these trains (Indian Railway Interesting Facts ). This burning blinking light in the dark or fog of the night indicates that another train is going ahead of it. In such a situation, the driver of the previous train can reduce the speed of his train in time or stand back. Along with this, it indicates to the personnel working on the blink light track that the train has now passed through that track and they can start their work Huh.