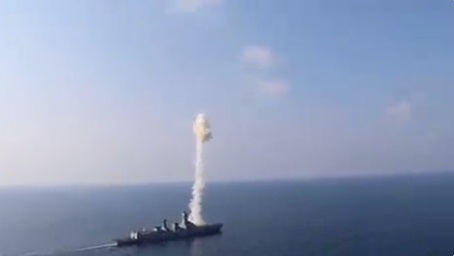 The advanced version of BrahMos missile has been successfully test fired. During this, the missile has succeeded in hitting the target accurately. According to the statement of the Indian Navy, there is an advanced version of the BrahMos missile. It hit the target accurately. BrahMos is a ‘supersonic cruise’ missile developed by India and Russia under a joint venture.

The Indian Navy today successfully demonstrated the accuracy of the BrahMos supersonic cruise missile with extended range from INS Chennai, the Navy said. It hit its intended target with perfect precision after exhibiting an extended range and complex maneuvers. The Navy said that an improved version of the long-range missile BrahMos was successfully test-fired. The accurate hit of the target demonstrated the combat and mission preparedness of the advance platforms.

“Both the BrahMos missile and INS Chennai are indigenously built and showcase the cutting edge of Indian missile and shipbuilding prowess,” the Navy said. They reinforce the contribution of the Indian Navy in the self-reliant India and Make in India efforts. This achievement also strengthens the capability of the Indian Navy to launch even more precise strikes and to operate from sea as per the requirement.