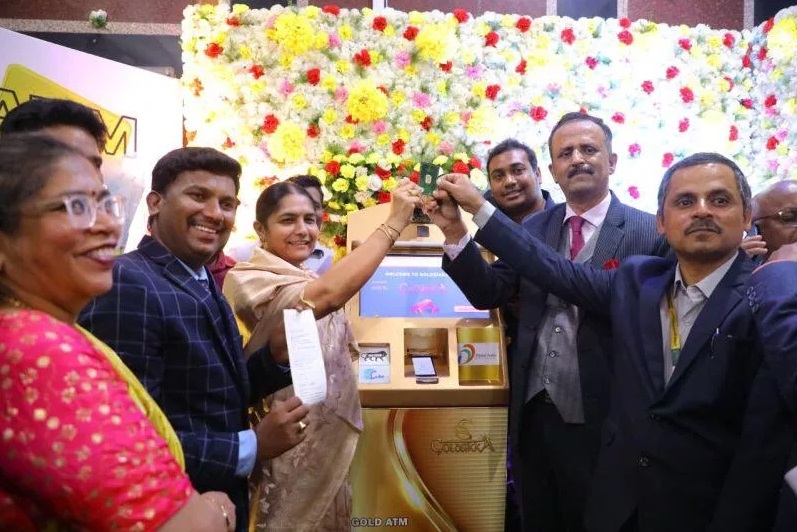 According to The Economic Times, India launched an ATM where you can buy gold with money from a debit or credit card. This is the first ATM of its kind in the world and is located in the city of Hyderabad in southern India. The ATM is capable of storing up to 5 kg of gold and offers coins in 8 variants weighing from 0.5 g to 100 g from pure 24 carat gold (999). The device was presented by the Indian company Goldsikka, which sells bullion. Vice President Goldsikka believes that buying gold from an ATM is much easier than going to a bank or a jewelry store, besides, buyers will not have to be embarrassed at an ATM if they want to buy only a small amount of the precious metal. The price of gold in an ATM is displayed in real time in accordance with changes in quotations on the London Stock Exchange.

It is reported that the “golden ATM” is reliably protected from hacking: it is equipped with a built-in camera and sound alarm, there are also external surveillance cameras and the ability to communicate with local police stations. On the first day of operation, 20 people have already used the ATM, and its creators expect the number of customers to grow. Goldsikka plans to open 3-4 more such ATMs in Hyderabad in the near future, including at the airport, and then install about 3,000 such devices throughout India. There is a plan to enter the world market, in addition, an improved version of the device is being prepared.