India has started ‘Samudrayaan’ mission, humans will be sent to the depths of the sea 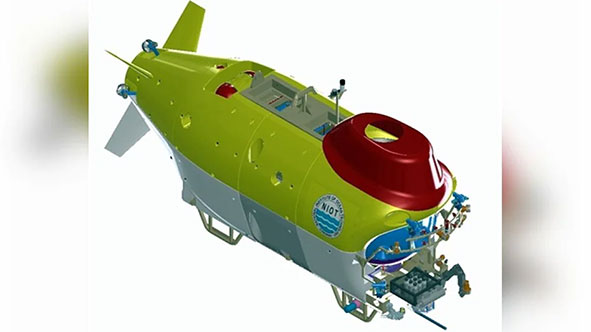 While the Gaganyaan mission is going on to send humans to space, on the other hand the Government of India has started the Samudrayan project to measure the infinite depths of the ocean. Jitendra Singh, Union Minister of State for Earth Sciences and Science Technology gave this information in reply to a question in Rajya Sabha on 16 December 2021.

Before Samudrayaan, the National Institute of Ocean Technology (NIOT) had built a Personal Sphere Vehicle. Which could go into the sea up to a depth of 500 meters. It had the capacity to seat one person. The Personal Sphere is a 2.1 m diameter circular submarine, built from mild steel. It was recently tested through the Sagar Nidhi ship in the Bay of Bengal. It was only after its success that the Samudrayaan project was given the green signal.

After launching the Samudrayaan project, India has joined the elite club along with countries like America, Russia, France, Japan and China. These countries have specialized technology and vehicles for such activities. The purpose of Samudrayaan is to send humans through submarines for deep sea exploration and mining of rare minerals.

What is the specialty of seaplane? (Samudrayaan Specification)

Samudrayaan will take three humans to a depth of 6000 meters in a manned submarine named Matsya 6000 for deep water studies. Whereas, usually submarines can only go up to 300 to 400 meters. This project is a part of Deep Ocean Mission of 6 thousand crore rupees.

Matsya 6000 is a fully indigenously developed manned military submarine. It will be sent to find resources such as gas hydrates, polymetallic manganese nodules, hydro-thermal sulfides and cobalt crusts under the sea. These things are found in the depth of 1000 to 5500 meters.

Introduced by the Ministry of Earth Sciences in June 2021. Its purpose is to explore marine resources. Sending technology to the deep sea for the use of marine resources. Helping the Government of India in Blue Economy. The total estimated cost under this mission over a period of five years is Rs 4,077 crore. It is planned to be implemented in different levels.