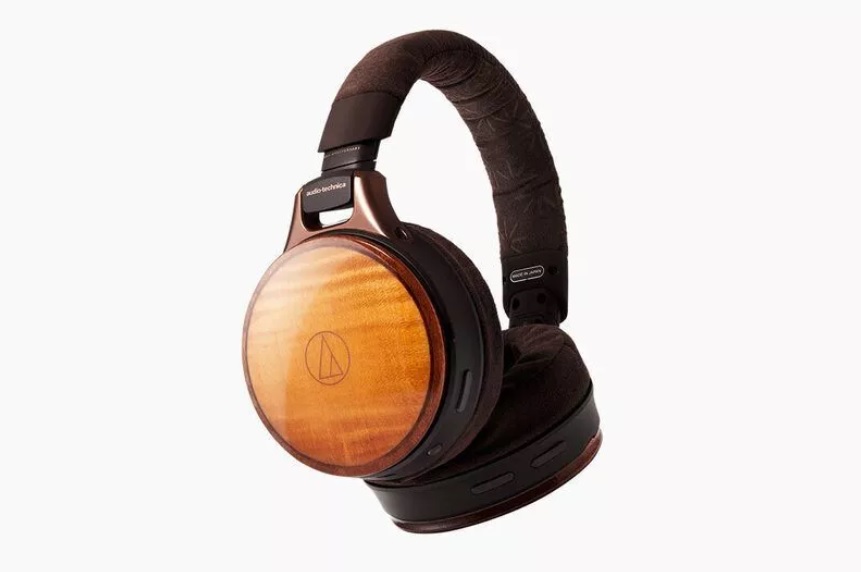 The Japanese brand Audio Technica, in honor of its 60th anniversary, released the ATH-WB2022 Hi-Fi headphones, which the company calls the world’s first wooden wireless headphones. Apparently, by its anniversary, Audio Technica intends to stand out with the release of several interesting products: for example, last week it introduced an updated version of the portable Sound Burger record player. As for the headphones, their ear pads are made from flamed maple, walnut and mahogany, materials traditionally used to make guitars.

According to the manufacturer, the presence of wood in the design of the headphones allows you to better absorb acoustic vibrations and minimize distortion. For finishing the ear pads and headband, artificial suede (alcantara) is used. The Audio Technica ATH-WB2022 is equipped with an ESS DAC ES9038Q2M digital-to-analog converter on the left and right channels, supports AAC and SBC codecs, as well as Sony LDAC, they can connect to multiple devices at once thanks to Bluetooth Multipoint technology. Headphones can work from one charge up to 9 hours, they also have a microphone. The novelty will be released in a limited edition, which is not surprising given its cost, which will be $2,700. The release of wooden wireless headphones is scheduled for 2023.